Build iOS apps with no SDKs and no Mac

Called Icenium, the new tool allows developers to build sophisticated mobile app UIs using HTML, JavaScript, and CSS, then deploy them as hybrid apps for both Android and iOS through the aid of Telerik's cloudy source code hosting and build management services.

Telerik is calling Icenium an "integrated cloud environment," an idea the company says replaces the traditional concept of the integrated development environment (IDE).

In an interview conducted at The Register's San Francisco offices, Telerik executive VP Doug Seven explained that although nearly every other category of software has been moving toward the cloud, so far IDEs have been the notable exception.

"Modern IDEs include everything you need, but they're all local," Seven explained. In addition to the code editing and debugging environment itself, he said, developers must also install all of the SDKs and frameworks needed for the platform they want to target.

That can add up to a lot of software to manage. According to Seven, the current version of Apple's Xcode IDE for building iOS apps clocks in at around 1.6GB. The problem is only compounded when developers want to target multiple platforms, because they often have to install an entirely separate tool stack for each mobile OS.

Icenium aims to change that by allowing developers to ignore the hassles of managing their build environments and concentrate on creating their apps. 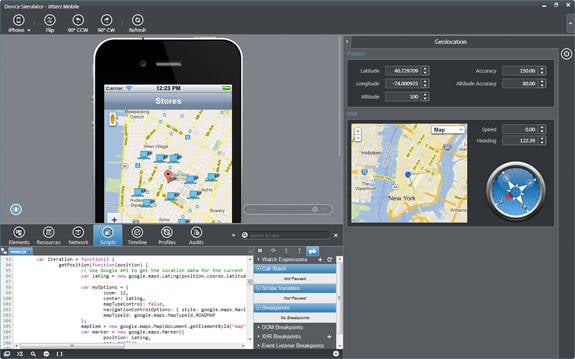 "We built a coding environment for developers that provides them all of the advanced tooling that they're used to – things like statement completion, refactoring tools, the things that make writing code easy – then took that ugliness of SDKs and big bloated chunks of stuff and put them into the cloud that we will manage," Seven said.

To be precise, Icenium offers two different, but similarly featured development environments to choose from. One is Mist, a completely web-based tool that offers simple code editing and project management capabilities and does not install any code on the local computer.

The other is Graphite, a more full-featured development environment that adds additional code formatting, navigating, and refactoring capabilities. This version has to be installed, but as Seven pointed out, the Graphite client is only around 10MB of code, compared to the gigabytes that have to be installed with traditional IDEs.

Even when using the Graphite client, however, Icenium development is fundamentally cloud-connected. Projects and source code are saved on Telerik's servers, rather than the local computer, and they are managed using simple, Git-based version control.

For larger development teams and projects, Icenium can also synchronize files with any other Git service, including a private one, as long as it can be accessed from outside the firewall.

Because Icenium projects are hosted on Telerik's servers, the actual build process takes place in the cloud, too. Telerik assumes responsibility for making sure it's up-to-date with the latest versions of the Android and iOS SDKs and their associated frameworks. All developers need to do is save their code to the cloud and press "build." 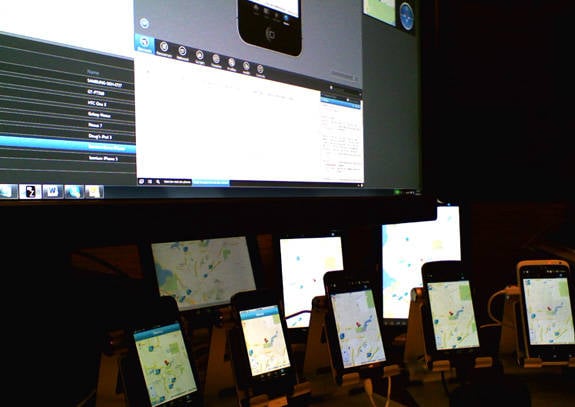 One of Icenium's greatest strengths, however, is that developers don't actually need to deploy their apps to find out how they will look on a variety of devices. Graphite and Mist each include a configurable device simulator that can show how app UIs will look on various screens and form factors, right on the PC screen. Right now, each simulator supports one smartphone and one tablet profile for both Android and iOS, but Seven says Telerik will add more device types as time goes on.

Once an app is looking good in the simulator, Icenium makes it easy to test it on actual devices, too. Using technology called Icenium Live Sync, developers can use Graphite to deploy their apps to multiple devices connected to their PCs via USB. Then, as they adjust their code, the displays on all of the connected devices automatically update to reflect the new changes.

The web-based Mist client offers a similar, though less instantaneous testing process. It can't push the latest app build to devices the way Graphite can, but development versions of Icenium apps allow the user to tap on the device screen with three fingers to pull the latest code changes down from Telerik's servers.