Super, sexy media star about to be killed by cheap tablets?

Aware that the iPod Touch is used by a lot of young ‘uns, Apple has thrown in a little rubbery wrist-strap with this model. I wouldn’t recommend swinging the iPod wildly around your head - the pop-up catch isn’t that strong - but the strap should at least prevent you from dropping the iPod when you’re holding it up to use the camera.

Which has also had a big boost, the main snapper gaining an LED flash and stepping right up from 0.7Mp to 5Mp for stills and 1080p for video. The front camera has also been upgraded from 0.3Mp (VGA) to 1.2Mp for stills and 720p for FaceTime video conferencing. Those specs make it an ideal replacement for ageing Flip-style camcorders, and when I took it out on a grey October morning, it produced brighter images - and seemed less susceptible to shaky-hand syndrome - than the older models I brought along with it. 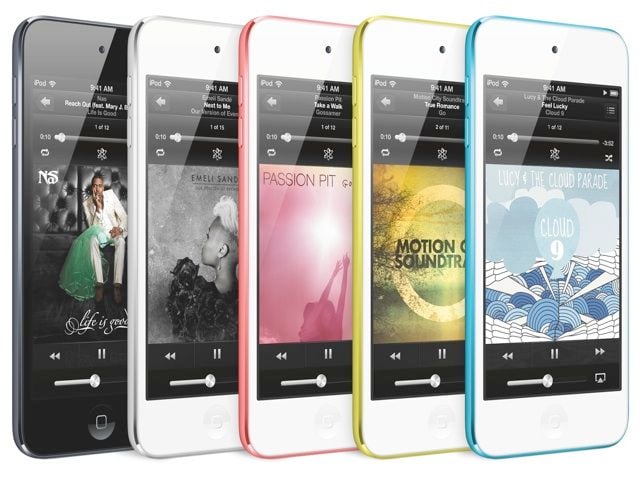 It’s certainly fine for the quick point-and-shoot snaps people take with phones and compact cameras. And, with iOS 6 on board, the Touch also gains goodies such as the new Panorama shot option. It even gets Siri too, though it requires an internet connection, a real limitation for a Wi-Fi only device. It’s a gimmick.

Apple rates battery life for video playback at eight hours – up from seven hours on the previous model – with music playback staying steady at 40 hours. I tried the iPod Touch on and off for three or four hours to simulate listening on the way to work and back home again. With the standard earphones plugged in, the modest drop on the battery meter suggests that those claims aren’t exaggerated.

There have been some shock-horror stories on the net complaining that the new Touch no longer has an ambient light sensor, dropped because there was simply no room inside the slimmer casing. I can’t say that occasionally having to adjust the brightness manually strikes me as a step back into the stone age. 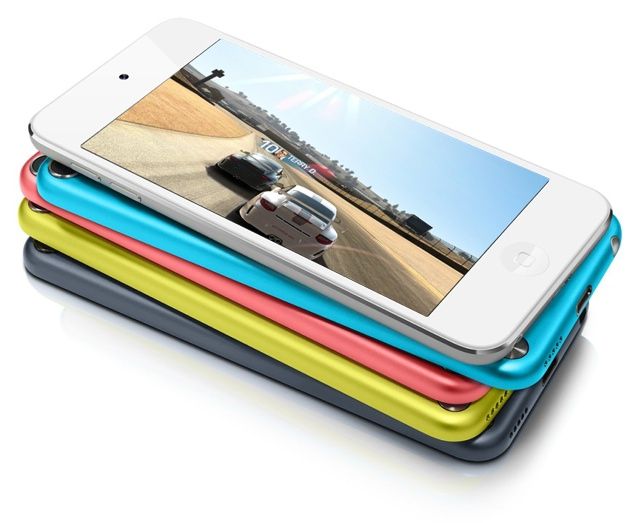 I was, however, somewhat annoyed to discover that you can’t buy this fifth-gen model with 8GB or 16GB of storage, as you could with previous models. That means you have to jump straight in at £249 for a model with 32GB; £329 if you want 64GB. There’s a reason: Apple still has stocks of 16GB and 32GB old Touches to get rid of, for which it’s now charging £169 and £199, respectively.

The new iPod Touch is improved in almost every way, and makes a terrific portable entertainment system for music, video, photography and games. But at this sort of price I’m not entirely sure who it’s aimed at anymore. Apple-loving adults will probably prefer an iPhone – which also allows them to spread the price over a two-year contract. Previous models with a sub-£200 price tag will stay popular as a present for kids, but the decision to set the starting price for this new model at £249, at a time when you can get a 7in tablet for £160, is really stretching the Christmas spirit to the full. ®