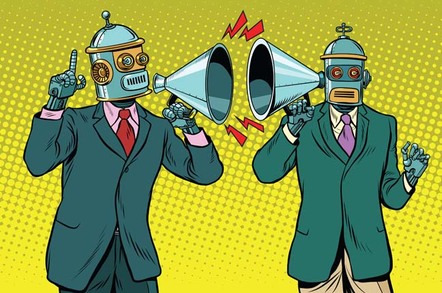 The Federal Trade Commission is offering $50,000 in cash to a "hero" who can come up with a way to block illegal robocalls.

"The FTC is attacking illegal robocalls on all fronts, and one of the things that we can do as a government agency is to tap into the genius and technical expertise among the public," said David Vladeck, Director of the FTC's Bureau of Consumer Protection. "We think this will be an effective approach in the case of robocalls because the winner of our challenge will become a national hero."

The competition opens on October 25, and entrants can come from individuals and companies employing fewer than ten people – companies with ten or more employees can apply, they just wouldn't receive the prize money should they win.

Entrants will have to produce a working system and get extra credit if the system works on mobiles and VoIP systems as well as landlines; judging will take place in January.

The scoring system used in judging, however, looks a little odd. According to the FTC's criteria 50 per cent of the points to award will be based on if whether the proposed system works, with 25 per cent based on how easy it is to use and another quarter on how reliably it can be rolled out.

While the winner won't be expecting a ticker tape parade, we at El Reg would certainly chip in with a pint or three if someone manages to crack the problem, and this hack would chuck extra money into the pot if the originators of the calls could be tortured by the system.

Robocalls are illegal in California unless you request them, but this doesn't stop our landlines getting spammed with requests to check out vehicle licensing or bogus lottery results. It's a common problem in the US, thanks to lax enforcement of the rules and the attractiveness of American consumers to those running illegal robocalls overseas.

The problem is even more acute this year, since it's election time again and robocalling is a major part of campaigning in the US. In the last election cycle in 2010, Pew research found that 69 per cent of voters got a robocall compared to just a third who got a call from a real-life human being.

America is an inventive nation, however, and a group called Citizens for Civil Discourse is fighting back. For a small fee, people pissed off with robocalls can record their own and have them sent to the politician of their choice. Despite what one might wish, however, those calls do have to be polite and not breach obscenity rules. ®