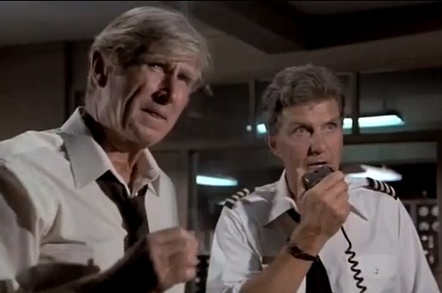 Passengers on Chinese airlines were reminded this week that there’s no such thing as 'Airplane Mode' for mobiles in China, after one unfortunate passenger en route from Canada who repeatedly used his smartphone camera and music player was banged up on arrival by Beijing police.

The unlucky passenger, surnamed Du, ignored the pleas of flight attendants on board Air China flight CA992 from Vancouver to the capital and carried on using his phone to take snaps and listen to music, according to Sina Tech (via TechInAsia).

On landing, officers from the local branch of the Public Security Bureau (PSB) were called and, ignoring Du’s pleas that it was a big fuss over nothing, held him in custody for five days under Article 34 (2) of the People's Republic of China on Administrative Penalties for Public Security.

Using a phone, even if it has 'Airplane Mode' enabled, is forbidden on Chinese airlines, but as Beijing-based lawyer Stan Abrams noted in his China Hearsay blog, the rules are enforced inconsistently.

Ironically, after two years of study, China’s Ministry of Industry and Information Technology last year decided in-flight mobile calls were indeed safe, although it seems its findings have yet to filter down to the airlines.

Air China was apparently the first in the country to roll out a Wi-Fi service – albeit restricted to an on-board intranet – but limited access to tablets and laptops.

Things may be changing soon, however, with the Civil Aviation Administration of China currently considering plans to allow satellite comms systems on domestic aircraft which could provide internet and voice services from 2013. ®