While steadily cashing himself out of the company ... 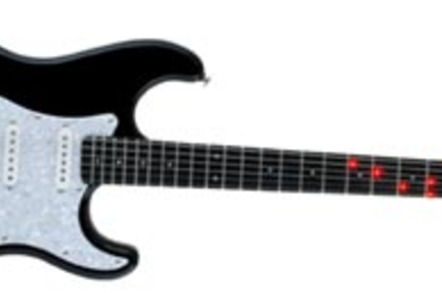 Here's an example of what the new 'internet economy' really looks like, in practice. The leading backer of a bill passing through US Congress that will slash musicians' pay by 85 per cent, as well as effectively outlawing them from bargaining collectively with their paymasters, has been selling stock worth $1m in his own internet company every month.

Internet radio company Pandora raised $235m when it floated last year, and claimed to be break-even. It has since embarked on an explosive, and expensive, growth strategy – but has failed to update its revenue model with the times. Unlike other music services which have switched their emphasis from advertising to subscription, $70m of Pandora's revenue in the first six months of 2012 came from advertising, and just $10m from subscription revenue.

But rather than update its revenue strategy, Pandora has taken the lead in lobbying Congress to slash the amount it must pay musicians, who create the raw material on which its entire business is based. Just over 50 per cent of Pandora's expenditure is on royalties. Under US law, radio stations can use music under a compulsory license - which means the artists cannot withdraw their work. Artists then attempt to negotiate a rate with the broadcaster using their material.

Pandora last negotiated US royalty rates in 2009. At that point it invited listeners who use it for over 40 hours a month to put "less than a dollar in a tip jar" and the rates are up for re-negotiation in 2014.

But for some reason, Pandora can't wait.

New legislation called The Internet Radio Fairness Act or IRFA (H.R. 6480/S. 3609) proposes a radical change in the way royalties are decided - reducing them - and Pandora CEO Tim Westergren has led the fight for it. The law would cut musicians' pay by 85 per cent - reducing Pandora's royalty costs from 50 per cent to 10 per cent. Thanks to the historical muscle of the radio lobby, the USA remains of the few countries in the world which does not pay creators for the public performances of sound recordings. The bill doesn't level the playing field up, but down: everyone must get poorer.

"It reeks of desperation," observes one investor on the Seeking Alpha site:

Pandora is crying to congress for help because they can’t turn a profit by giving away content to users for free with limited exposure to advertising, and because they can’t get enough paying subscribers from their extensive base of 'free' listeners. If I were an investor, I’d sell immediately just like the insiders have been doing en masse, or at the very least I would demand some real answers from Tim Westergren on why he can’t make this business model 'work'.

But artists' rights campaigners have noticed some other nasties lurking the legislation. One is the outlawing of collective bargaining over direct licences. Withholding rights is often the only bargaining chip a copyright-holder has available. The new 'Fairness' Act would prevent music rights-holders from negotiating as a union would. If they attempted to negotiate collectively on behalf of musicians, they'd be smacked with the Sherman Antitrust Act.

"We applaud Tim Westergren and Pandora for their amazing historical re-enactment of the 1890s," notes Cracker's David Lowery sarcastically, on the Trichordist blog, referring to the robber baron era of American capitalism.

The Act also proposes taking negotiations away from the Copyright Board, where they're ultimately decided by expert judges. Impartial legal academics - like this one - could be brought into play. Or perhaps even representatives of Reddit or Anonymous or Wikipedia, which are effectively 'civil society' NGOs today – lobbyists without a badge.

The MusicTechPolicy blog has also noticed something curious. Since January, Westergren has been selling 85,000 Pandora shares, worth around $1m, every month. Given that he has some 2 million shares, if he keeps to his selling pattern, he will have cashed out fully in two years' time. This is hardly a vote of confidence in the long-term viability of his business.

The American Federation of Musicians has more information here.

There are echoes here of the Guardian's dogmatically utopian approach to internet business. Rather than adopt a grown-up business strategy, and price their valuable product or service at what it's worth, they insist on giving it away. And this leads to avoidable casualties. In the case of the Guardian, it's the staff and loyal readers of the newspaper who lose. In the case of Pandora, it's musicians. ®

Musicians asked to 'support their own pay cut'