Quite contrary Somerville: Behind the Ada Lovelace legend

Behind every famous woman there stands ... another woman 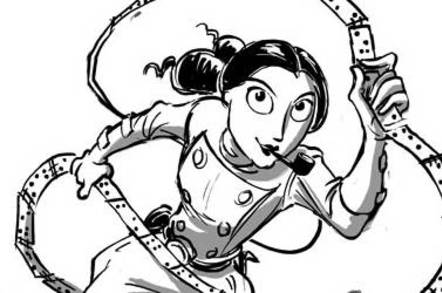 The daughter of "mad, bad and dangerous to know" Lord Byron, her mathematics-loving mother Annabella Milibanke purportedly beat the poet out of her with relentless studies in science, maths and logic.

A beauty enthralled by scientific progress, cut down in her prime after the publication of her most notable work, Lovelace is often easily romanticised and reimagined as a steam punk heroine spearheading female invention and scientific emancipation.

Such claims are sure to be made again with Ada Lovelace Day today.

This image is fanciful, though, and to the unfortunate detriment of her genuine contribution to British technology.

So what are the facts? What did Ada Lovelace really achieve? Did she outshine her female contemporaries in the scientific field? And what debt do today’s female scientists really owe her?

Crucial to Lovelace’s reputation is her work with Charles Babbage in furthering his prototype mechanical computers the Difference Engine and the Analytical Engine.

Lovelace first met Babbage in 1833, aged 18. Babbage had already been working on his Difference Engine for more than a decade, and was turning his attention to the Analytical Engine, which would consume him until his death in 1871. Lovelace began communicating with Babbage about his designs, and is credited with developing an algorithm for the engine that would calculate a sequence of rational numbers. Because she is said to have tabulated this algorithm, and because the Analytical Engine was designed to accept algorithmic instructions on punch cards, Lovelace is now commonly lauded – rightly or wrongly – as the first computer programmer.

Despite some minor publication disputes, Babbage himself certainly valued her contribution, defending her as the real thing when he wrote: “Forget this world and all its troubles and if possible its multitudinous Charlatans – every thing in short but the Enchantress of Numbers.”

Even the influential pioneer of electromagnetism, Michael Faraday, became firm friends with Lovelace and frequently corresponded with her to discuss scientific method. However today there is some doubt as to what degree this vital algorithm was really Lovelace’s own work.

What is certainly true is that Lovelace is credited by Babbage with translating an explanation of his Analytical Engine concept written by Italian mathematician Luigi Menabrea. Lovelace apparently added a set of notes longer than the actual translation, which proved that she grasped the Engine’s possibilities for herself.

But Lovelace’s legacy hangs almost entirely on just one of these notes. Section G, in which she identified that method by which a sequence of Bernoulli numbers could be calculated if the engine were ever completed.

If this work was indeed all Lovelace’s own, it was incredibly insightful, not only producing the tables that have since been revered as the first computer programs, but also noting that mechanical engines might have more potential than simple calculating machines, and could be used to help create music, or manipulate graphics.

Some Ada advocates go as far as to regard this as a visionary prediction of general purpose computing.

But what if Lovelace simply didn’t do any of these things? What if she was merely a striking, intelligent muse who leading scientific thinkers found it agreeable to credit with some of their own findings? In Passages from the Life of a Philosopher, Babbage wrote: “The selection was entirely her own. So also was the algebraic working out of the different problems, except that relating to the numbers of Bernoulli, which I had offered to do to save Lady Lovelace the trouble. This she sent back to me for an amendment, having detected a grave mistake which I had made in the process.”

Biographer Dr Betty Toole asserts that it is actually the table following the "working out" that should considered Lovelace’s own work, and therefore the first computer program. And does Babbage reveal Lovelace as the first debugger?

Recently ever more scientific historians have dismissed any sentimental view of Lovelace and have aligned themselves with a far more critical way of thinking. Computer historian Dr Allan Bromley told Salon: “All of her programs cited in her notes had been prepared by Babbage three to seven years earlier.” Bruce Collier in his Harvard PhD dissertation on Babbage condemns Lovelace as ”the most overrated figure in the history of computing”; New Yorker journalist Jim Holt claims that Lovelace: “Had a shaky command of elementary algebra”; while perhaps most damningly, author Dorothy Stein argues: “The IT industry uses Ada as a kind of mascot to disguise what is really a bad situation for women in the field.”

The sentiment and ambition behind Ada Lovelace Day is undeniably admirable – a partnership of organisations including BCS Women and the Women’s Engineering Society champion recognition of today’s leading female figures in science, technology, engineering and mathematics (STEM), promote new role-models for girls and women in male-dominated fields, and provide resources and funds for the next-generation. But if Lovelace isn’t the right woman for the job, who is?

I’d like to put forward another figure, Lovelace’s childhood mentor, and the woman who introduced Lovelace to Babbage in the first place: Mary Fairfax Somerville (1780-1872).

A 'scientist' is born

Somerville was a polymath who enjoyed a long career in the male scientific world without fanfare. She invented the use of the variables commonly used in algebra today, championed plain English, and famously translated the work of French mathematician and astronomer Laplace “from algebra into common language”. This resulted in the influential publication The Mechanism of the Heavens in 1831, which introduced contemporary European mathematics to English-speaking scientists for the first time, becoming a standard text at Cambridge University and causing a revolution in British mathematical and astronomical thinking. She published numerous scientific works of her own, and with astronomer Caroline Lucretia Herschel became the first female member of the Royal Astronomical Society. In 1869 Somerville was awarded the Victoria Medal of the Royal Geographical Society.

Perhaps most fittingly of all, in his 1834 review of Somerville’s work On the Connexion of the Sciences, renowned English scientist William Whewell first coined the term "scientist". Today this term defines a profession in which men and women apply precise methods and systematic activities to thoroughly research and comprehensively document an absolute understanding of a defined study.

Lovelace’s legacy may continue to inspire each generation of female scientists, engineers, mathematicians and technologists, but it is Somerville’s example that they will ultimately follow. ®