Is it a bird? Is it a plane? Nope, it's a small metal box 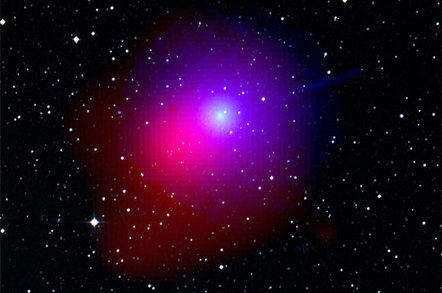 Scan the night sky next month and you may witness a rather unusual phenomenon – an tiny Japanese satellite using LEDs to beam a Morse code message earthwards.

The message will come from FITSAT-1, or Niwaka, a 10cm cubed satellite weighing just 1.3kg and recently released from the from the International Space Station.

Built by the Fukuoka Institute of Technology in southern Japan, the box will beam the Morse code message “Hi this is Niwaka Japan” onto the sky.

The project was originally conceived of to broadcast the message only above Japan, but enthusiasts from across the globe have now apparently requested the satellite make an appearance in their neck of the woods.

"There is no practical aim to this, but it is a fun experiment that everybody can join," Fukuoka Institute professor Takushi Tanaka told the newswire.

"A man in Slovakia who has laser beam said he would flash back if he sees the message from space. He wants the satellite to take pictures of his beam and send them to Earth.”

The project will apparently also aim to test a high speed data transmitter by sending images taken by an on-board camera down to Earth.

Exact timings have yet to be announced on the Institute’s web site, although Tanaka warned that a successful sighting will, of course, depend on the weather. ®

NASA 'nauts do what flagship smartphone fans can only dream of: Change the batteries