Why is solid-state storage so flimsy?

I am, of course, talking about my attic... and the garage, and indeed the garden shed. Many reasons for this have been mooted, including the need to do something with my kids' childish belongings as they grow up, or, more likely, the result of my latent hoarding instinct coming to the fore as I grow older myself.

None of these reasons completely account for the mix of potentially useful objects I have stashed away alongside utter rubbish. In fact, the only item I haven't deposited in any of these places is a set of golf clubs: I may have my faults but I'm not a sad bastard. I'll start playing golf when I'm dead.

El Reg readers are the last people I would need to lecture on the topic of buying more storage space than you think you'll ever need. So I'm going to do exactly that.

I’m worried that I under-specified the hard drive in my new notebook. At half a terabyte, it's not much. The problem is that it's all I could afford: this is SSD storage we're talking about here. If I’d asked for any more, the upgraded spec would have cost almost as much as the notebook in the first place. 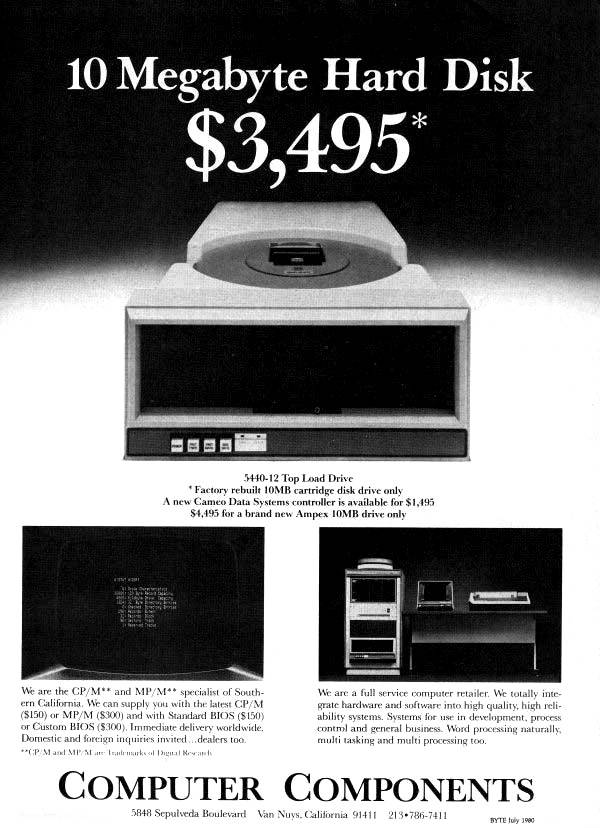 Those were the days...

No doubt many of you, like me, remember with fondness/whimsy/disbelief how much storage - if any - was to be found on your first personal computer. For the moment, let's forget the Spectrums, BBC Micros and Atari STs on our bedroom carpets: I'm talking about PETs, fanless Amstrads and dual-floppy IBM Compatibles on office desktops.

I worked at my first job using a Petite typewriter for six months before being assigned an IBM clone loaned from Qubie. It had a hard disk - which itself marked me out as a target of hate for receiving special treatment from the boss - with the magnificent capacity of 20MB.

Once the initial thrill had worn off some three days later, I realised that a 20MB hard disk was crap. This was 1987, after all. Within a couple of weeks, the drive had begun squealing like the wheels of a rusty tea trolley, and it became apparent that 20 megs could no longer contain my data files, let alone the operating system and other programs.

This meant I had to rewrite my own Lotus 1-2-3 macros so that they would read spreadsheets from and dump temporary data to a series of 5.25in floppies while consolidating year-end figures. This stretched what should have been a three-minute automated process into an hour-long slog requiring me to sit and stare at the screen and insert a dozen floppies in turn at my - ho-ho, so amusing - macro prompts.

I knew then that, when I had enough money to buy my own computer, I would generously overestimate how much storage I'd ever need, then double that figure, and triple the result.

Next page: Underpants to under-buy
Page:
Tips and corrections
108 Comments