New broom at OCZ: But can Schmitt sweep up this dirtpile?

'Talking less and hitting harder', says CEO in a talk 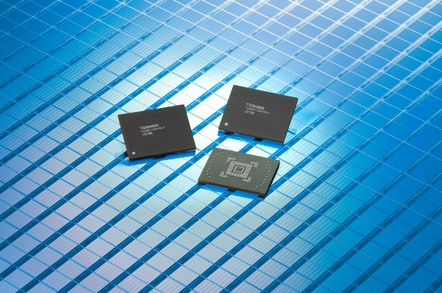 As expected ex-PLX president and OCZ board member Ralph Schmitt becomes the new OCZ CEO, and he comes in as the second quarter FY2012 revenue pain becomes more acute. Originally OCZ expected second quarter revenue to be between $130 million and $140 million. Then it announced revenues would be lower, between $110 million and $130 million. Now it has said they may be lower than that, although no numbers have been revealed as they are still being worked out. The company has requested that the SEC allow it to file its second quarter numbers late.

Perhaps OCZ's revenues could sink below the prior quarter's $113 million, representing a sequential decline in revenues in a market which is said to be booming. It expects them to "be materially lower than the September 5th preliminary revenue range of $110 to $120 million … The Company also expects to report negative gross margins and a significant net loss for Q2 2013."

OCZ made a loss of $6.3 million in its first quarter and a $10.9 million loss in the one before that. A "significant" loss could well be larger than $10 million. The incoming CEO may well want to get all the bad news on the table at once.

The new gloom "is principally due to the impact of customer incentive programs which were discovered" after the first revenue weakness warning. These involved rebates. The overall reason for the revenue snafu is that OCZ's supplies of 2Xnm (29-20nm process size) Asynchronous NAND are constrained and the firm won't get as much as it needs, meaning it can't ship as much product. Part of the problem was that OCZ didn't forecast its supply needs well enough to its single NAND supplier.

In an earnings call Schmitt said: "My first day’s a challenging one."

He carried on: "The September 5 updated revenue guidance cannot be relied upon. There will be material changes due to customer incentives that were in excess of what was normal and customary in the past. While the good news is our control procedures found the issue before reporting, it however was not sufficient enough to prevent this from happening … [This] will make our loss much larger than is expected. "

Apparently OCZ has been thinking about a CEO change for some time before Petersen was forced out, with Schmitt saying:

"We’ve been as a board for I guess an extended period of time looking at candidates, knowing that there was going to be a change in the near future."

The DNA of OCZ is in a steadfast focus on time to market and performance. That’ll remain unchanged as we continue to use that focus to drive our efforts into the marketplace. We will innovate to continue to differentiate our products. Our focus will be to further penetrate the OEMs and especially the enterprise market. … We will build the highest performing and reliable products in our target markets. We’ll fix the things that have been the source of our very vocal detractors. Credibility and consistency will be paramount, and we’ll talk less and execute better.

OCZ is in a huge hole and the appointment of a seasoned CEO familiar with its situation is the best possible news for the company in the short term. Schmitt's canned statement said:

"Innovation, quality and profitability will be the principles that drive the Company going forward. We will overcome some near term tactical challenges, and we will focus relentlessly on increased value to both our investors and customers. We have an amazing opportunity in front of us and we will take full advantage of our position, products and people to be successful."

Schmitt can start working to get the company back on an even keel, with NAND supply arrangements sorted out and - possibly - with far fewer products, OCZ having suffered from product sprawl in recent years.

First and foremost, we are in the midst of rationalising the product line. The company itself has done amazing job of covering a broad portfolio into almost every market segment that exists. And based on the size of the company, capital structure of the company, that’s just an impossibility. So, clearly the most commoditised areas, what’s called sort of the valued part of the product portfolio, and we’ll be migrating more and more away from that and more into the high-end of both the client market and then obviously driving more into the enterprise market as well.

… We’re going to be going after differentiation because we obviously know we have some very large competitors that have other strengths such as, obviously, flash themselves and so, we’re going to be playing to our strengths, but one [the] biggest changes you’ll see is a more focused approach to the product.