When Meego lost its mojo 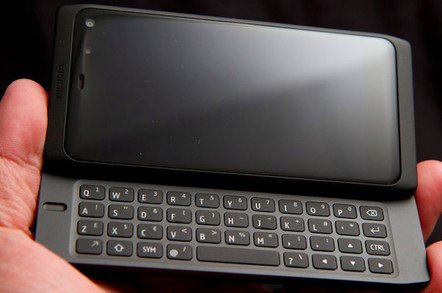 Special Report Nokia's strategy to revive its fortunes with its home-grown Linux was derailed by academic theory, bureaucratic in-fighting and a misguided partnership with Intel, a new report reveals.

Finnish publication Taskumuro has published an extensive history of the Meego project which contains a mixture of old and new: some information that's familiar - and some intriguing new details. The report confirms what we know: that Nokia had developed a competitive successor to its ageing Symbian platform years before Apple's iPhone appeared - but fluffed the execution so badly, it would eventually junk almost all of its internal platform software development.

Since February 2011, Nokia has abandoned Symbian, cancelled Meltemi and mothballed Meego - and will license Microsoft software for its high- and mid-range phones. Nokia continues to develop only its venerable Series 40 software in-house.

In short, Meego arrived a dollar short and a year or two late. However, Meego's problems weren't over. As we know from earlier reports, Meego ran into political problems: Nokia wanted to license it as an industry platform, but rival manufacturers were wary. The Finnish giant therefore faced a choice of building its own "ecosystem" or partnering with Google or Microsoft, and ultimately plumped for the latter.

Ironically, Meego lives on. Ex-Nokia staff have formed a spin-out called Jolla, snaffled up some investment, and are pitching the platform (now called 'SailFish') at the Chinese market. The first fruits of the venture will be unveiled at the end of this month.

Nokia's first Linux device, a touchscreen tablet, made its debut seven years ago, in May 2005. With considerable foresight, Nokia persisted with the Linux-based platform Maemo, leaving it with a mature platform by the time Apple entered the market. The iPhone saw a significant shift as demand for smart devices soared, and the devices themselves changed from being phones with data, to tablets that also did phone calls. Taskumuro confirms that by early 2009 Nokia had positioned Linux as the company's No 1 strategic platform.

This was confirmed in September 2009 at the annual Nokia World event, which was held in Stuttgart. Executive Anssi Vanjoki explained that Nokia's Linux was in its fourth generation, embodied by the N900 tablet, which made its debut at the event. Vanjoki said at the time that the fifth generation would be the first, true mass market iteration.

And indeed, we now learn, Nokia had a range of products sketched in for 2010 launch including a Meego communicator with slide-out keyboard, much like the ill-fated N97.

So what went wrong?

Well, we know that Nokia wasted thousands of man years of developer time in-fighting. Even though the management made the right long-term call, acquiring Trolltech for its excellent Qt framework, it lost control of the engineering organisation. A huge project called Orbit vied for resources with a rival, a framework called libdui – or DirectUI. "Both teams had built the wrong thing," one developer later explained. Former Sun CTO Rich Green would cancel both.

What we didn't know is that Maemo, later Meego after the alliance with Intel was formalised, went through three different UI designs. Most of the time it was absorbed by a series of concepts drawn from theory.