HP: PC industry has forgotten how to innovate

Windows 8? Oh, that. Listen, check out this 'sleekbook' 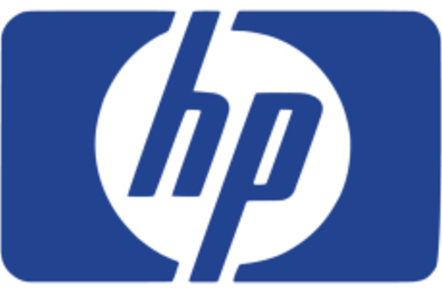 HP told a meeting of dealers and distributors today that the PC industry has itself to blame for a lack of growth over the last five years due to a paucity of innovation.

Eric Cador, Senior Vice President and General Manager, EMEA for HP, took to the stage at the Canalys Channels Forum in Barcelona to lift the sheets on the vendor's upcoming Windows 8 wave of products, and admit that it and other PC vendors had been less than imaginative when designing their kit.

He said that for the last 20 years, "we've been building PCs based on computing… it's the same form factor two times faster."

He was even harsher on its recent record, "I don't think this industry has brought enough innovation for the last five years. PCs and notebooks look the same as five years ago."

Cador promised the assembled dealers and distributors that this would change in the next few weeks. While this clearly coincides with the release of Windows 8, Cador appeared to downplay the release of the Microsoft's latest OS.

"The interest of Windows 8 is the devices it will enable," he declared, in one of his few direct references to Redmond's upcoming baby. He added: "consumers buy the product, they don't buy the OS."

He also said that historically vendors and their designers had been talking to CIOs, not the users in their organisations. Cador said the vendor was about to unleash "new products that are going to talk to both of them".

Cador pushed the point that HP's tablets and notebooks would plug into real corporations, rather than causing a BYOD headache for IT managers.

"We know how to deliver a solution for the CIO," he said, meaning that HP Windows 8 devices would not compromise enterprise security policies, and would not pre-suppose the sudden disappearance of 20 years of legacy applications and systems.

"You don't need to throw away everything, you evolve," he said, in a very thinly veiled dig at Apple’s year-zero approach.

He added that apart from pushing the products though the channel, HP would enable channel partners to build around them. The vendor will sell "jackets" for the tablet devices that extend their connectivity, for example. He said HP would also also release APIs, so that ISVs could develop their own application specific jackets, such as PS devices with built in card readers.

While the operating system of choice may have changed, this was was a presentation that would have struck a chord with any tin shifter over the last 20 years. ®

Hewlett Packard Enterprise CTO, CCO to call it a day

Hewlett Packard Enterprise: Wanna walk the plank voluntarily? You got it

Exclusive Either way, biz wants to cut 1,092 UK staffers from the wage bill