Psst! Don't tell anyone, but HP is silently improving its IBRIX filer

This is strictly between us 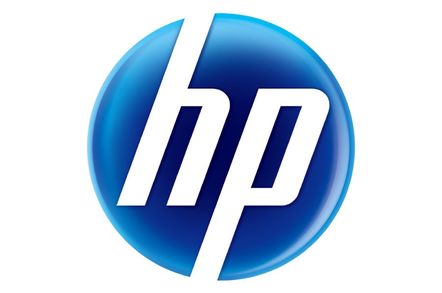 HP bought IBRIX and its parallelised scale-out file server technology for an unrevealed price in July 2009. The technology appeared in HP's X9000 line of products. These compete with EMC's Isilon scale-out filers, and also with storage from Panasas and DataDirect Networks in the high-performance computing (HPC) space. IBRIX has never been perceived as a sexy and glamorous filer like the Isilon boxes, which may be why HP seems to prefer to adopt a low-key approach.

There has been no official HP release on the X9730 but what we understand from reports and HP's solutions - bleugh, sorry, products - web page is that the X9730 replaces the prior X9720 and provides a claimed three times more sequential workload performance, but with no numbers being supplied by HP. The thing is a 5U system built from a performance block and a storage block.

The performance block is driven by two ProLiant BL460c G7 servers - so the thing can get a further performance boost from the G8s when HP sticks them in the box - plus a p1210m storage controller. This looks after the storage block which contains 70 3.5-inch hard disk drive slots that can be populated with 3TB or 2TB 7,200rpm SAS drives.

There can be up to a dozen small form-factor storage blocks and eight large form-factor ones. The storage capacity ranges from 210TB up to 1.68PB using the 3TB drives, and 140TB to 1.1PB with the 2TB spindles.

An IBRIX product pool sharing a single namespace can have a capacity of up to 16PB, and any X9000 product can be clustered with others in the pool.

HP makes no mention of flash drives nor flash caching in the controllers so the thing has no metadata processing boosted by non-volatile RAM and no hot data storage on SSD.

The operating system is revved up to v6.1 and HP says it provides a wizard-based installation in as little as 10 minutes for the X9320 performance block on its own, but up towards 2 hours for an X9730 system. There is policy-based tiering - which is odd as only 3TB or 2TB drives spinning at 7,200rpm are supported; hardly a good base for tiering.

The OS support more than 1 million snapshots, and includes parallel and continuous remote replication, and supports directory and user quotas.

HP says the X9730 is meant for customers needing scalable capacity and performance from tens of terabytes to multiple petabytes of unstructured data for archiving, cloud, and big data.

There is a Taneja Group analysis report on the X9730, but you need to register with the Taneja Group and pay for it. The El Reg storage desk registered and then found out we had to fork out - so we didn't; it's an odd HP marketing approach. Anyway, a Google search revealed a downloadable PDF.

The report is dated July 2012 and is very interesting, saying much that HP doesn't. For example, the X9730 represents a change from a shared-nothing, highly distributed hardware approach to a:

... highly integrated converged storage approach that equips the X9730 with huge amounts of highly dense capacity. â¦ HP has combined their IBRIX software with converged storage hardware based on HP's BladeSystem and Modular Disk System 600 [MDS600] storage nodes to integrate controllers, networking, disk, and software in a single integrated hardware system with extreme storage density that weighs in as high as 32.3TB per rack unit.

Here's Taneja doing a better selling job on the X9730 than HP.

The report continues to say that up to 16 file-serving enclosures - performance blocks, we think - can be attached inside a single c7000 BladeSystem enclosure. There can be up to 1,024 IBRIX nodes in a cluster, which can support up to 255 16PB name spaces.

The report is three months old and HP might have made changes since then; be warned. HP's UK contacts don't know anything about the X9730. They're chasing up HP US and when we know anything more we'll tell you.