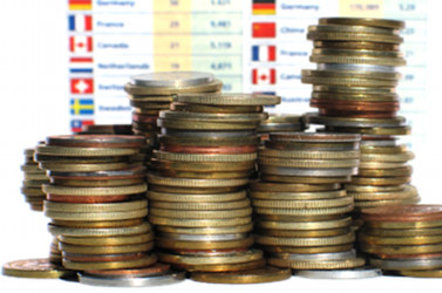 EU ministers backed new laws to allow libraries, museums and universities - among other organisations - to digitise works that have become "orphaned" from their creators.

The Council of Minister's formal adoption of the EU's Directive on orphan works [29-page 154KB PDF] means that member states will now have to implement the laws into their own national frameworks within two years of the date still to be set upon the Directive's entry into the Official Journal of the EU. The European Parliament formally approved the terms of the Directive last month.

Orphan works are copyrighted material, such as books, films and music, which have no identified owner. At the moment many orphan works lie in storage in libraries and other institutions and because of copyright law cannot be digitised or used without permission until the term of copyright expires.

"The new rules will facilitate the digitisation of and lawful cross-border online access to orphan works contained in the collections of libraries, educational establishments, museums, archives, audiovisual heritage institutions and public service broadcasting organisations," the Council of Ministers said in a statement. "These beneficiary institutions will be able to use orphan works when fulfilling their public interest missions without the risk of infringing copyright."

Under the terms of the new Directive the various public bodies will be permitted to copy the orphan works into their digital archives under certain conditions. The bodies would have to conduct a "diligent search" for the owner of the works' copyright before they digitise the material and publish the search results for others to see.

A search for the unknown owner of copyright works would be the responsibility of designated organisations in the country where the material was first published or broadcast. If material is deemed to be an orphan work in one EU member state, then it would have the same status in all EU countries. A single online database will contain details of the information related to the orphan works and include the 'diligent search' results.

Individuals who come forward to claim ownership of orphan works after they have been digitised would be entitled to claim compensation for the use of their works with the "level and conditions of compensation" to be "fixed" by individual EU member states "taking into account the non-commercial use of the works made by the beneficiary institutions", the Council of Ministers said.

In the UK the Government has outlined separate plans for new laws on orphan works generally, including those held in the collections of organisations such as libraries, universities and museums, under which the works could be utilised for commercial as well as non-commercial use. Under the plans, detailed in July, businesses could make use of orphan works but would have to pay to do so.

"Commercial and non-commercial uses of orphan works in the UK will both be permitted, both to maximise the economic potential of proposals and because making a firm distinction between the two is difficult in practice," the Intellectual Property Office (IPO) said in a policy statement at the time.

"This permission should come at an appropriate price – a market rate, to the extent that one can be established (though the difficulties that may attend establishing that, for example in respect of works not created for publication that are in museums’ collections, are noted)."

"This price should be payable in advance (or at agreed times if there is a royalty element) and set aside for any rights holders who may still appear even after a diligent search has not found them," it added.

The IPO said that it was seeking to ensure that other rights holders do not "suffer from unfair competition" because of "perverse incentives" being offered through a new orphan works scheme. In elaborating what was meant by 'perverse incentives' a spokesperson for the IPO told Out-Law.com that the Government "wants to ensure that people don't have an incentive to use an orphan work over an existing known work because it's easier or cheaper to do so."

"That's why Government is proposing that remuneration should be set aside at the time the orphan work is used at a rate that is comparable with similar known works being used in a similar way," the spokesperson added.

Under the Government's plans organisations that wish to use orphan works will have to conduct a "diligent search" for the owner of the works before they can use the material. Those searches must be verified as diligent by independent authorising bodies, which have yet to be designated by the Government.

The Government's power to draft new regulations on orphan works, in order to specify the detail of its policy intentions, has been written into the draft Enterprise and Regulatory Reform Bill [241-page 912KB PDF] which is currently subject to Parliamentary scrutiny.

The completely rational take you need on Europe approving Article 13: An ill-defined copyright regime to tame US tech