Ruckus over reselling to the wrong people 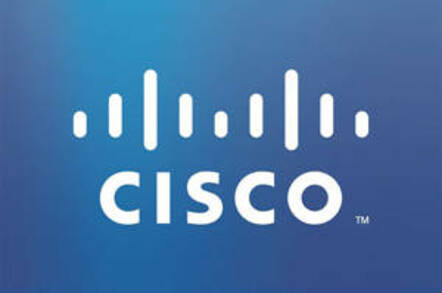 Cisco has confirmed that is has ended all sales agreements with ZTE, reportedly in response to an internal investigation into whether the Chinese firm was selling American hardware to Iran in defiance of sanctions.

According to Reuters, an investigation by Cisco determined that its hardware was being shipped to Iran illegally by ZTE, and the networking giant subsequently cut all relations with its former partner. In a recent interview, Cisco's CEO said that any embargo-busting would not be tolerated and would be dealt with "very firmly."

In a masterpiece of brevity, the only comment Cisco would provide The Register is that "Cisco has no current relationship with ZTE."

In March, Reuters reported that ZTE had sold Cisco-supplied networking and computer hardware to the Telecommunications Company of Iran (TCI) to help build a $131 surveillance system that could monitor mobile, landline, and online communications within the Middle Eastern theocracy. Technology from HP, Microsoft, Symantec, Dell, and Oracle is thought to have been included.

The report was followed by investigations by US House of Representatives permanent select committee on intelligence and the FBI. According to an FBI affidavit, Ashley Yablon, general counsel of ZTE USA, said he saw senior ZTE executives discussing shredding documents and changing documentation relating to the charges.

The affidavit says ZTE set up two companies to facilitate the deal: 8 Star Beijing, which would buy the hardware, and ZTE Parsian to seal the deal and complete the Iranian installation. Yablon said that documents he had seen also mentioned kit from Qualcomm, Juniper, and IBM being included in the shipment orders.

ZTE is now telling the FBI that it cannot provide some documents to the investigation, saying that to do so would break local laws in the Middle Kingdom, and that it has hired respected US legal firm DLA Piper to defend it against any allegations. Yablon has been placed on administrative leave.

"ZTE is highly concerned with the matter and is communicating with Cisco," ZTE spokesman David Dai Shu told Reuters. "At the same time, ZTE is actively cooperating with the U.S. government about the probe to Iran. We believe it will be properly addressed."

It's turning into the Monday from hell for ZTE. As the Cisco news leaked, the US House of Representatives permanent select committee on intelligence issued a report stating that both it and fellow Chinese firm Huawei should be banned from selling equipment in the US for fears that it could be used for spying. ®