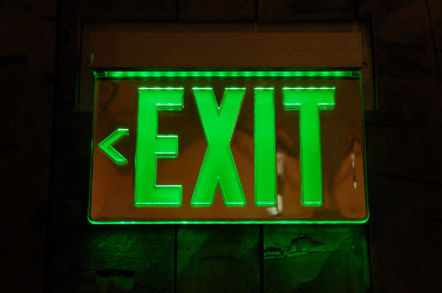 Phoenix IT Group chief exec Dave Courtley has quit the firm after less than 15 months in the role, the LSE-listed IT services company confirmed this morning.

The former Fujitsu Services bigwig rocked up at Northampton-based Phoenix in July 2011 replacing long-serving boss Nick Robinson, who stepped down after 18 years at the helm.

The company said Courtley "resigned to pursue other interests", but insisted his departure was in no way related to a probe into accounting irregularities.

"The company confirms that his resignation is not related to the ongoing accounting investigation as previously announced which is of as much concern to David as it is to the remainder of the board," said Phoenix.

Phoenix also added that PWC has been appointed as its auditor, replacing Deloitte.

Last month Phoenix confirmed it discovered inaccuracies in a number of accounting balances within what was its Servo division spanning an unspecified timeframe, which will result in £14m wiped from net assets.

A finance manager has been suspended as the investigation continues.

During his short reign, Courtley initiated a company-wide restructure to improve profits and jettisoned 300 staff. But any benefits from the move has yet to be seen in the numbers. ®