The hunt for the Susan Boyle of code is on 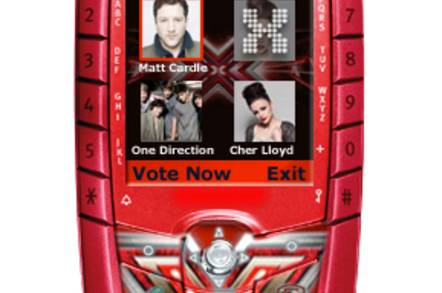 The man responsible for unleashing Il Divo, Susan Boyle and Sinitta on the world will now apply the same star spotting eye to finding the next tech superstar.

Reality TV impresario Simon Cowell has teamed with Black Eyed Peas rapper Will.i.am to produce and new reality TV format based on the “X Factor” template, but this time the aim is to find technology innovators. Referred to as “X Factor for Tech” by Will.i.am, in The Sun the ambition is to find the next Mark Zuckerberg.

Will.i.am has been enjoying a cosy relationship with the technology and science sectors, in various commercial and educational advocacy roles, including taking the gig of Intel’s honarary director of creative marketing.

Meanwhile Cowell has dabbled in the innovation theme before, launching “American Inventor” in 2006, a program that pitched fledgling entrepreneurs from across the US for best new product concept. The show ran for two seasons but was not picked up as global format.

At a keynote at the IBC Conference last month, Will.i.am said the new artists are app developers and praised the creative minds at Google, Twitter and Intel. He also advised broadcasters to fill their offices with coders. “That isn’t innovation when there’s some guy there looking over your shoulder asking how you make money, sometimes you just want to design. Imagine if YouTube, Google or Twitter had asked first how you make money. What I like about startups is that it is a tool first to be adopted, the monetization comes later,” he said

He has also described Mark Zuckerberg, as the new John Lennon and Jack Dorsey as “he ain’t nothing but Mick Jagger. Just a whole different level, man. Just bigger.” ®