Juniper chops workforce by 5.3 per cent 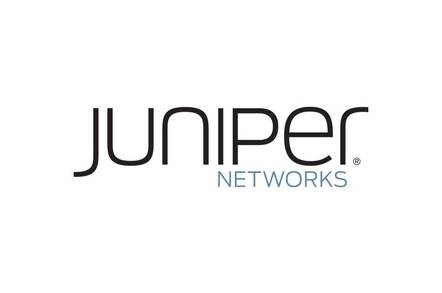 In July, Juniper Networks reported a 50.1 per cent drop in net earnings for the second quarter and said that it would be restructuring as well as forming a partnership with Riverbed Technologies. We now know a bit more about exactly what they meant by "restructuring".

At the time, Juniper – which has seen increasing pressure from product transitions in its switching and routing lines and from a resurgent Cisco Systems – was vague about exactly what the restructuring would be. CEO Kevin Johnson, for example, never actually said the dreaded "L word". Now, however, Juniper has confirmed that it has laid off 500 employees from its workforce, which stood at 9,373 at the end of June.

That's a cut of about 5.3 per cent, and not nearly as deep as the 12,800 people that rival Cisco has trimmed in several rounds of layoffs since early 2011, cutting around 17.3 per cent of its 74,100-person workforce as it stood at the beginning of 2011. In fact, Juniper hired 155 people during the second quarter, presumably mostly engineers and sales people.

"As we disclosed on our second quarter 2012 earnings conference call, Juniper is working to align its resources to improve productivity and effectiveness, enabling us to deliver our roadmap for innovation and unprecedented value to customers and shareholders," explains a statement emailed to El Reg.

"As a result of this important initiative," the email continues, "we are reducing our workforce by approximately 500 people in functions across the company. Our actions to reduce operating expenses fall across our support functions, including supply chain, procurement, SG&A, as well as R&D. They are being carefully planned and managed to maximize efficiencies in our cost structure while preserving the investments in innovation in our core businesses of data center, routing, switching and security."

In addition to the job cuts, Juniper has also mothballed its own WX Series and WXC Series of WAN optimization appliances, and is recommending Riverbed's Steelhead appliances as alternatives. Riverbed is also offering a trade-in program for the WX and WXC gear, but the details of the trade-in were not divulged (which kind of defeats the purpose).

Contrary to last week's rumors, the job cuts were not focused on the QFabric family of modular switches, which is what has prompted Juniper to make a statement about where the cuts are.

In addition, a Juniper spokesperson tells El Reg that none of the people who were working on WAN optimization products at Juniper have been let go, even after Riverbed's products were endorsed and the WX and WXC products were mothballed. Instead, they have been given other work inside the company, and the cuts are focused on support and back-office functions as well as some R&D positions.

The partnership announced in July called for Juniper and Riverbed to work together in some unspecified way on WAN optimization, so now we know how that's going to work. That deal also calls for Juniper to pay $75m to license Riverbed's application delivery controller (ADC) software, which it runs in its Stingray software appliances and uses in its Steelhead WAN optimization appliances, too. The mobile accelerator program from Riverbed for goosing apps as they are pushed out to smartphones and tablets is also going to be incorporated into the Junos client as part of the partnership. ®