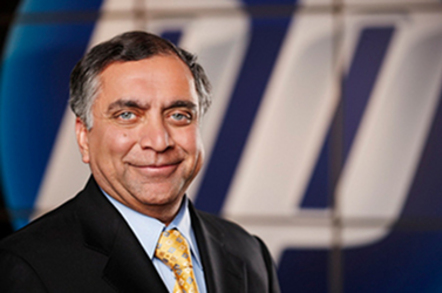 Joshi retired from the troubled US titan in March after the PC and printers businesses were stitched together and PC honcho Todd Bradley was asked to head up the expanded unit.

As is customary with high-level appointments, Wipro chairman Azim Premji said its new signing brings a "unique combination of wisdom and technical capabilities". Joshi, not wanting the love-in to be one sided, revealed he had "long admired Wipro as a company, as much for its business excellence as for its strong commitment to values".

Joshi, who pitched up at HP as an R&D engineer in 1980, became a veep in January 2001 and a month later was made president of what was the standalone Imaging & Printing Group.

The printer biz was a major contributor to HP's bottom line before, and even more so under Joshi's leadership, as it banked high profits from ink cartridge sales.

In recent years HP's printer business fell on tougher times as corporate customers saved cash by printing less or moving to a copier-type contract where prices are expected to be a little more manageable.

Joshi was the last remaining HP executive to have links to the era of Hewlett-Packard's founding fathers. ®