A decade of real choice - there's no app for that 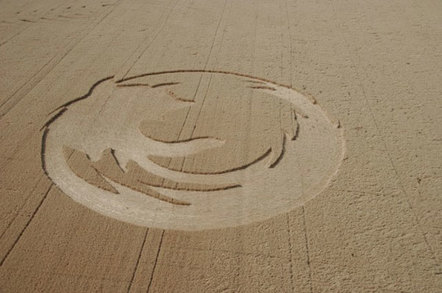 Open ... and Shut It's hard to believe it now, but not too long ago the web was dangerously close to being owned by one vendor: Microsoft.

As mainstream users came to equate Internet Explorer's logo with the Web, Microsoft worked to lock in its advantage with increasingly proprietary technology like ActiveX. It surely would have done so, too, but for the seemingly futile Mozilla browser, née Firefox. Born in the ashes of Netscape's failed browser business 10 years ago this month as Phoenix, Firefox 1.0 is arguably the most important technology developed in the last 50 years.

Precisely because it is about more than technology.

Yes, that Firefox, the one that for years gobbled away at IE's 95 per cent market share, only to be largely supplanted in the hearts and minds of the geek elite by Google Chrome (though not in actual market share).

Quixotic as it may sound, the purpose of Firefox was always to spread Web freedom.

In this Firefox has succeeded remarkably well, as Bob Lisbonne, chief executive of Luminate and the Netscape business executive who championed the idea of open sourcing Netscape's browser code, highlighted to me in an email:

[When] Mozilla released the Firefox browser[, r]eviewers lauded Firefox's speed, size, layout engine, security, and standards support, and web cognoscenti embraced it as their browser of choice. Over time, Firefox won enough market share to deny Microsoft's Internet Explorer any de facto standard status. In practice, this meant web designers could develop to W3C standards rather than ActiveX and other Microsoft technologies.

In effect, Firefox secured the web from a dominant and increasingly proprietary IE. Imagine web applications without CSS, AJAX, or HTML5. In large measure, we have Firefox to thank for preserving the open Internet .

It may be hard to remember, but Greylock general partner and former Mozilla CEO John Lilly reminded me in an email that at one point Microsoft's browser dominance was so complete that it actually shelved active development of IE. The browser team was disbanded and went to work on Silverlight. Then Firefox came along and threw Microsoft's cozy hegemony into disarray.

All of which makes it somewhat puzzling that we seem keen to repeat our past mistakes.

Take mobile, for example. However much we may think we own our iPhone or Android devices in truth we are the ones being owned. Yes, it's easy to wait for our two-year contract to end with AT&T or Vodafone and switch to a rival OS platform, but we won't be taking your apps or music with us. Not easily, anyway. When I bought RogueTouch through Apple's App Store I didn't buy it from ChronoSoft, the developer. I bought it from Apple, and were I to move to Android I'd have to buy it again... from Google. Music and other content are easier to move, but still painful.

[The Firefox vs. IE history] puts the current mobile wars in real relief. Apple versus Google is an amazing battle of Goliaths - but it's clear that we need a purely-public-benefit player to step in to keep both players more honest and focused on doing what's right for humans. Firefox OS is a first step towards that.

We are in the middle of locking ourselves into our respective mobile platforms, one app at a time, just as we once were happy to make Microsoft our gateway to the Web. This has big consequences, as Lilly suggests, but it also has smaller, but still negative, consequences.

Consider, for example, localization. Firefox has long shipped on day of release in over 70 languages. This democratization is a distinctly open source phenomenon, and it's not something we expect from Apple, Microsoft, Google, or other vendors. Not because they're evil companies, but rather because they're companies. They have to do what makes financial sense, and shipping with support for Swahili probably doesn't make sound economic sense.

Firefox is a true open-source community, by contrast, and exists to serve that community as it is served by its community. As Lilly stressed to me:

More than anything else, Mozilla and Firefox showed the world that you could have a highly inclusive, participatory community who made the technology that was important to them, and it could be just as good as - better, even - than getting software from the institutions like Microsoft or Apple. The message there is that human beings needn't simply wait for new gadgets to be bestowed upon them by the tech gods - they can go and make them themselves, and improve their world.

This is Firefox's legacy, and it's too often obscured by the waxing and waning of market share numbers. So today when we use Chrome, Opera or even Safari, we should thank Mozilla and the community that enabled this choice. When we visit a web page or web app and it loads HTML5 and CSS beautifully, we should remember Firefox, too.

And maybe, just maybe, the next time we use our smartphone, give up personal data online or in-app, or subscribe to cloud services, we should think carefully about Firefox's legacy and expect more than walled gardens, closed data, and proprietary "standards." Maybe it's time to think different. ®