Olympics may have been glorious, but they 'dampened IT trade' 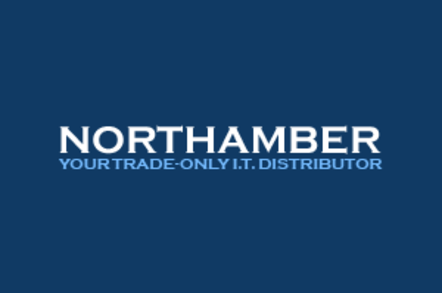 The Olympics may have boosted the feelgood factor in London and across the wider country but it dampened trade in the IT channel - well, according to distributor Northamber anyway.

The veteran UK distie made the claim today as it reported financials for the year to 30 June which revealed a return to pre-tax profits but a double digit sales slide.

Anecdotally the channel seems to have had a quiet August and Northamber chairman David Philips pointed to the Games as a major contributing factor.

"We strongly felt the Olympics had an adverse effect on trade resulting in reduced economic activity with turnover being at a lower level," said the colourful channel old-timer.

"Combined with the extended 'holiday effect' this unavoidably means that the first quarter of the current year is not looking as encouraging as we might otherwise have expected," Philips added.

The Surrey-based wholesaler has lost ground on rivals in the last decade or so - revenues peaked at £299m in fiscal 2001 when it held numerous major contracts including one with HP.

In the most recently completed fiscal year to June, sales dropped 16.5 per cent to £101m, preliminary results reveal.

The operating profit improvements that began in Q3 and spilled into Q4 were helped by cost cutting but "unhelpfully depressed by the effects of the Jubilee holiday and the general UK economic capital expenditure malaise".

Philips said the decline in turnover was partly deliberate, as the firm exited "empty revenue" biz toward "more value added content". But he conceded it also reflected trends in the channel and wider economy.

"It is apparent that the downturn Northamber experienced may not have been as severe as that which seemed to have affected others," claimed Philips.

Gross margins improved from 6.8 per cent a year earlier to 7.7 per cent as it sought to sell higher value kit.

"These were achieved principally by a reduction in the wages bill, a necessary if unpalatable consequence of the general economic climate and its effects on demand," said Philips.

"With the UK's economic malaise and reduced enthusiasm for capital expenditure, it was an unpleasant but necessary action to make a reduction in our workforce by 13 over the year," he added.

Back in April, Northamber stumped up £6.8m to buy the freehold on its warehouse facility, which resulted in "marginal savings" in rent for the final few months of its fiscal 2012.

This investment contributed to a reduction of cash in the bank, from £10.7m a year ago to £4.7m.

It must be noted, however - as Northamber does in every statement it makes - that the business remains debt free, which is unusual in an age when many channel firms are highly geared.

Philips reckons that while Northamber "cannot fully counteract the general economic and sector downturn and feeling of depression", it had posted operating profit and "bucked the trend" in distribution. ®