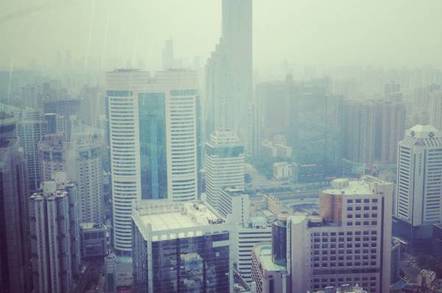 Welcome to Shenzhen, a geek wonderland at the heart of the technology manufacturing hub of China and the world – the Pearl River Delta (PRD).

Last month The Reg had a rather disappointing experience pounding the streets of Tokyo’s Akihabara, where these days maid cafes and manga shops are more prevalent than stores selling tech wizardry.

So we decided to come to the heart of it all – a city that just 30 years ago was little more than a fishing village.

Thanks to former Communist boss Deng Xiaoping’s vision and some timely economic liberalisation, that village has now grown to a conurbation of over 14 million, which can justly lay claim to the title "China's Technology Capital".

It has so much money they've even built a new Eiffel Tower in a theme park called Window of the World. 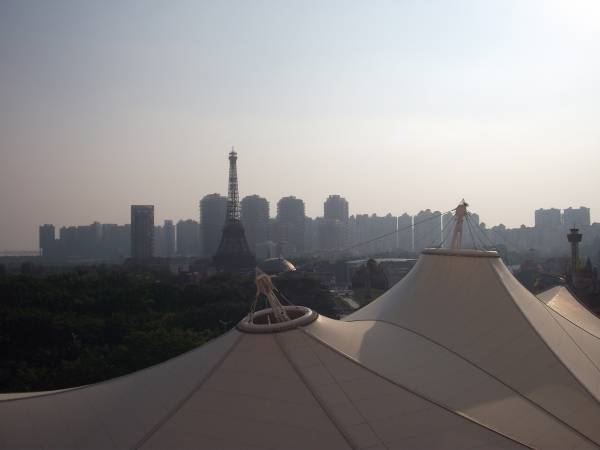 Telecoms company ZTE senior vice president Zhu Jinyun had this to say recently about the city that hosts the headquarters of his firm, and those of arch rival Huawei, Chinese web giant Tencent and many more, as well as a stock exchange of over 17m registered investors – the second largest in the country:

The spirit of Shenzhen was born when China’s government chose Shenzhen to be the first of four Special Economic Zones (SEZ’s) in 1979.

When one recalls that, in 1979, everyone worked for the state or a state-owned enterprise and there were no private companies, Shenzhen’s success is impressive. The concept of the Shenzhen SEZ seems obvious today, but it was revolutionary in 1979. Allow risk takers to develop companies on the free market model. Find out if they could stand on their own and serve people better. Learn whether Chinese companies, for the first time, could change the way China does business.

The truth, however, is that this Chinese manufacturing revolution was kick started by Hong Kong and Taiwanese investment – and lots of it – in the very early days of economic reform, according to Gartner’s Roger Sheng.

“This first group of electronic manufacturers came from Hong Kong and Taiwan, they built factories and trained lots of local workers and engineers, who in turn built their own factories. In the past decade they’ve really caught the market opportunity for making CDs, DVD players, games consoles, LCD TVs, feature phones and now smartphones,” he told The Reg.

“Virtually any kind of electronics equipment can be produced in the Shenzhen area if you set up a factory. It’s easy to find different kinds of components and engineers to make the devices.”

Some of these components, such as semiconductors, are imported (or smuggled) across the border from Hong Kong, where they are greedily snapped up by the huge grey market for electronics goods in the region, he added.

There are two sides to Shenzhen, and the neighbouring cities of Dongguan, Zuhai and Guangzhou where the technology industry has also established itself. 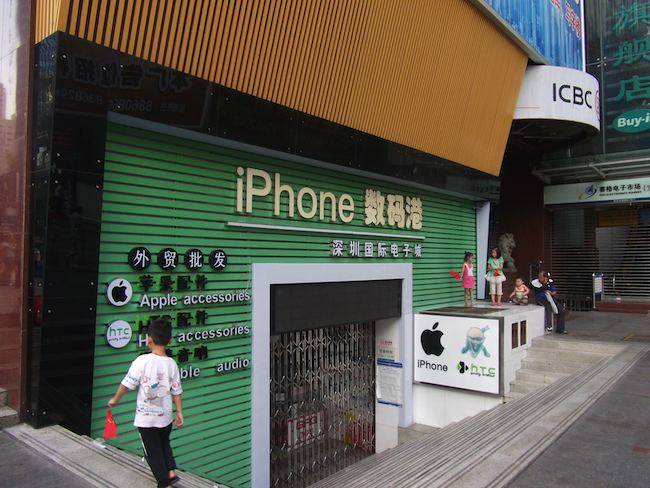 On the one hand there are the barely legal white box or shanzhai factories and workshops churning out counterfeit or semi-legal products, and then there are the huge plants where Foxconn and other ODMs mass produce smartphones, laptops and PCs for vendors like Apple, HP, Nokia, Dell and others.

According to Sheng, while the Foxconn-like companies of Shenzhen undoubtedly generate the majority of revenue, the white box or shanzhai makers win when it comes to sheer volume of factories.

Next page: Heading down to Huaqiangbei
Page:
Tips and corrections
26 Comments