Micro Anvika goes titsup after Olympics fails to save its shops

Calls in the receivers, keeps biz open in bid to sell it as going concern 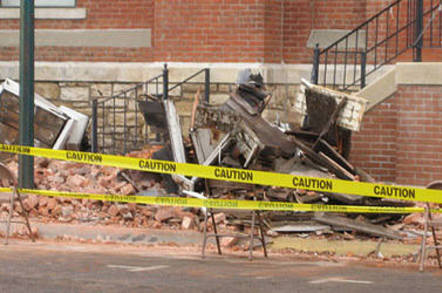 The directors at Tottenham Court Road outfit Micro Anvika have called in the administrators after more than 28 years in business, The Channel can reveal.

The firm appointed IP and business advisor Re10 on 17 September but continues to trade out of its three premises - two on TCR and one in Newcastle - albeit with fewer staff.

Gary Rupping, manager at Re10, confirmed it is talking to several interested parties about offloading the business "as a going concern".

"The directors didn't want to go down this road [of administration]. It took more than 25 years to build this business, they have significant emotional investment in it, not to mention financial," said Rupping.

The recession, costly overheads and the migration of shoppers from the traditional model to the online world were primarily to blame for Micro Anvika's troubles, said Re10.

"The final nail in the coffin was the Olympics - the directors expected an uptick [in store footfall] but that didn't happen," said Rupping.

He revealed that some of the 50 staff employed by the retailer had already been made redundant, but was unable to confirm numbers.

The writing was on the wall for Micro Anvika last November when credit insurers, nervous about the lacklustre retail sector, removed lines, forcing the retailer to trade with suppliers on a cash-with-order basis.

Micro Anvika's management then called in Re10 last Christmas; the advisor then proposed a company voluntary arrangement (CVA) rather than the last resort - administration.

The CVA was approved in May after Micro Anvika shuttered more than half its stores and made redundant over 60 per cent of the 140-strong workforce in a bid to prove it could regain economic viability.

As part of the CVA, creditors were offered a 32 pence-on-the-pound offer on debts totalling £2.7m to be paid back over five years. The CVA terms ended once Micro Anvika entered administration. ®