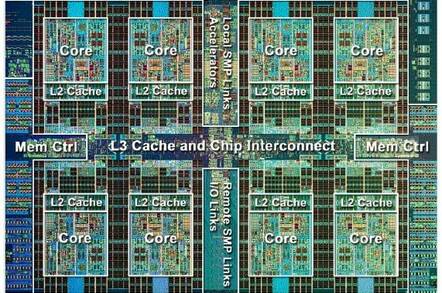 The first Power7+ machines are fueled up and ready for launch on Wednesday, October 3. We've been telling you all about the impending Power7+ processors and speculating on the related servers for so long you probably think they are already here and can't figure out why they aren't available from IBM and its business partner channel.

You won't have to wait much longer to see what Big Blue will do to ratchet up its assault on Oracle and HP in the RISC/Unix racket while preserving its IBM i platform and trying to keep the X86 legions at bay.

It's a delicate bit of maneuvering that IBM has to do, and it will be interesting to see the economics of the forthcoming Power7+ systems and how aggressively the company will take the fight to Intel and, to a lesser degree, AMD.

We are also thinking about what IBM must do to make the transition to Power7+ iron both technically and economically possible. Proper upgrades from Power7 machines would be nice, but IBM has made no promises in that regard.

As we have discussed, IBM will double-stuff Power7+ processors in at least some sockets in the Power Systems lineup to pump up the throughput of its iron, as it did in the Power5+ and Power6+ generations.

This will present some interesting choices for customers, depending on how IBM prices those-double-stuffed boxes and what workloads are best suited to such jobs. Databases and Java apps love as many threads as you can throw at them, for instance. 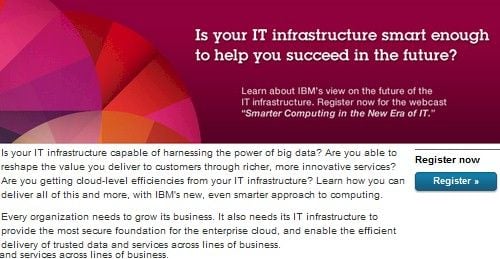 Clash of the Titans

None of the details concerning the Power7+ machinery are out there yet, but here's what El Reg can tell you. IBM is hosting a "smarter computing" event on October 3 at 11 a.m. Eastern, which is exactly when rival Oracle is holding its Wednesday keynote toward the end of its OpenWorld customer and partner extravaganza in San Francisco.

That is when the top brass at Oracle's systems business - vice president of systems John Fowler, senior VP of systems technology Juan Loaiza, and chief corporate architect Ed Screven - will take the stage to presumably unveil new systems based on the Sparc T5 processor.

The timing is no doubt deliberate. AMD and Intel are constantly trying to get journalists and analysts to attend competing events. It happens all the time in this line of business.

It looks like IBM's October 3 Smarter Computing event is more broad-based than just the launch of Power7+ machinery. (You can register for the event here.

Rod Adkins, senior vice president of IBM's Systems & Technology Group will host the event, and will of course be joined by Colin Parris, general manager of the Power Systems unit (which was split from mainframes earlier this year). Satya Sharma, an IBM Fellow who was chief architect of the AIX operating system and one of the key people behind the development of the Power7 and Power7+ processors, will also speak.

Presentations will also be made by Brian Truskowski, general manager of IBM's System Storage division. Paulo Carvao, vice president of System z global sales, is on hand as well.

It looks like IBM think its new System z EC12 machines get too little love or ink. Maybe IBM is starting at the high end of the Power Systems line with the Power7+ chips and wants to make comparisons?

There are at least two things with that line of thinking. First, IBM doesn't like to make comparisons across its big iron machines and second, IBM never starts a roll-out at the top. But, there could be a first time, and this might be it. And maybe IBM wants to position the System EC12 against the Power 795+ machine rather than have semi-pros like myself do it for them.

The next day, IBM is hosting a Twitter chat at 1 p.m. Eastern hosted by IT analyst Adrian Bowles and IT journo Larry Dignan.

You can follow the chat on hashtag, #ChatSC, or log onto it through this link. The theme is enterprise systems, with lots of talk about cloud, big data, and security, according to the invitation. ®