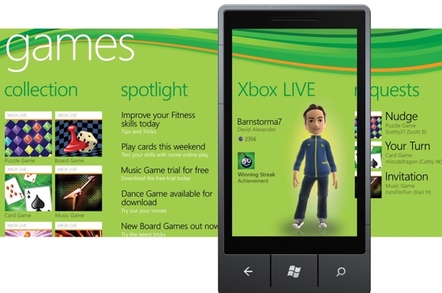 Open ... and Shut Despite threats to its software hegemony from Apple and others, Microsoft's stranglehold on enterprise IT has been its saving grace. Yet this advantage has started to fade as Apple and Android increasingly invade the enterprise through smartphone adoption, with IT departments scrambling to devise security policies that plug the holes created by this bring-your-own-device (BYOD) phenomenon. While many expected Microsoft to respond by shoring up its enterprise credentials, arguing that Office will be the big driver of Windows tablet adoption, the software giant has apparently elected to take a much riskier, and gutsier, approach: turn Windows 8 into a serious gaming platform.

Microsoft? That boring purveyor of Windows? Making games the centre of its PC/tablet universe?

Yes, that same Microsoft that blistered the existing gaming competition with the XBox, and subsequently set the standard for interactive gaming with Kinect. Microsoft may have lost its way on the internet and in mobile over the past few years, but it knows games. Windows 8, not surprisingly, is going "all in" on games.

Of course there are doubters. Valve CEO Gabe Newell called Windows 8 a "catastrophe" for gaming, citing the Metro interface and Microsoft's closed app store. The former concern is overblown - you don't have to use the Metro interface if you don't want to - and the latter is head scratching: doesn't Apple do pretty well with a closed app ecosystem?

Here's the key point to Metro apps and games: They're dirt simple for you, the user.

But the question remains: does Microsoft have its heart in this mobile gaming market? That question, as Microsoft Steve Ballmer suggests, may completely miss the point. As he describes in an interview with The Seattle Times, the difference between a mobile device and a PC is vanishing: Windows 8 "brings us into this world of much more mobile computing and more mobile form factors. I think it's going to be hard to tell what's a tablet and what is a PC."

And, by extension, what's a gaming device.

I think when you look forward, our core capability will be software, (but) you'll probably think of us more as a devices-and-services company. Which is a little different. Software powers devices and software powers these cloud services, but it's a different form of delivery….

Given this worldview, Microsoft can't help but get into "PC" gaming in a big way, because there's no such thing as PC gaming or tablet gaming or mobile gaming. It's all the same thing.

Which brings us back to Microsoft's ambition in Windows 8 gaming. The signs are growing that Microsoft doesn't see gaming as something that the XBox team focuses on, while the Windows team focuses on serious enterprise computing. For one thing, the company just hatched a London-based gaming studio, focusing on building Windows 8-based tablet games. Meanwhile, Microsoft has also teamed up with Agawi to enable cloud gaming on Windows 8.

Isolated incidents? I don't think so.

Microsoft has done many, many things wrong over the years. Gaming hasn't been one of them. It's not surprising that Valve would worry about Microsoft's ambitions in gaming: Microsoft is likely to squash them when it gets going. But for users who grew up with Microsoft's PC platform as their primary gaming platform, only to shift to Microsoft's XBox for the same need, don't expect Microsoft to make Windows 8 anything less than an exceptional gaming platform…one that will make it a real contender in the tablet market, even where Office or other more productivity-oriented applications don't. ®