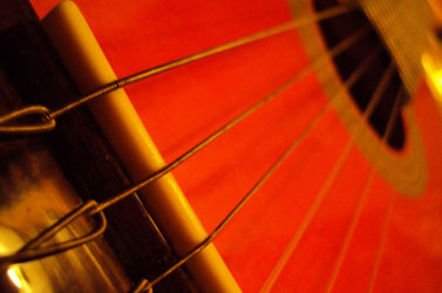 Amanda Palmer, the artist who raised $1.2m from her fans on Kickstarter to fund a new record and tour, is now asking classical musicians to work for her for free.

The money has been on lavished on studio time, a luxury booklet, and an abundance of expensive promotional material. But there's nothing left for the classical musicians she wants. The cabaret singer, who is married to writer and Open Rights Group patron Neil Gaiman, put out a request for "professional-ish horns and strings" – local volunteers for each tour date – who would be required to rehearse before performing, before joining Palmer's 'Grand Theft Orchestra' for the performance.

"We will feed you beer, hug/high-five you up and down (pick your poison), give you merch and thank you mightily for adding to the big noise we are planning to make," promised Palmer, who explained that the $35,000 required to pay seven or eight musicians for 36 tour dates at union rates was too much.

It's hard to pay the rent in beer, and classically trained musicians are less than impressed.

"She's playing mid-sized ballrooms and theaters, and she will sell many of them out. And she will have $35,000 and then some to spare by the end of it," notes one.

"You've raised over $1 million for your tour and album release. Here we are as musicians on foodstamps, maxing out their credit cards to keep the lights on, hoping that we have enough money to pay next month's rent, and have instruments that are in need of repair, need to be replaced, and even need to be insured," another musician points out.

The most biting observation came from the producer Steve Albini, a veteran critic of the music industry, who posted this on his studio's forums:


If your position is that you aren't able to figure out how to do that, that you are forced by your ignorance into pleading for donations and charity work, you are then publicly admitting you are an idiot, and demonstrably not as good at your profession as Jandek, Moondog, GG Allin, every band ever to go on tour without a slush fund or the kids who play on buckets downtown.

Pretty much everybody on earth has a threshold for how much to indulge an idiot who doesn't know how to conduct herself, and I think Ms Palmer has found her audience's threshold.

Palmer has been heavily promoted on sites which are often hostile to the established music industry, such as BoingBoing. Now we know what their vision of the future looks like. It's one where wealth never trickles down... ®

I give them 'hugs and love', they should be paying ME!

Doctor Who @ 50 One Time Lord, one month, five decades

The Glittering World: Some style, but no substance