Everything Everywhere's 4G: Why I'm sitting this one out

Can't get 3G working, can't lug a briefcase of batteries with me 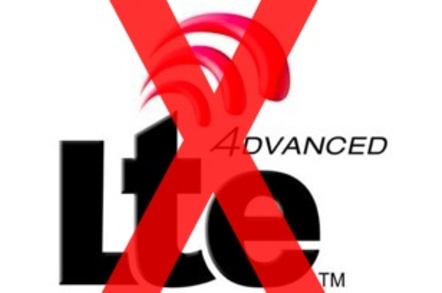 Comment According to phone network Everything Everywhere, super-fast mobile broadband 4G is "the communications equivalent of the change the jet engine made over steam".

Some members of the Her Majesty's finest press corps agree.

"A customer buying a new mobile phone tomorrow would be hard pressed not to find a reason to join the network," according to the Daily Telegraph's Matt Warman. "A new era dawned over London." However, Mr Warman may have misjudged his readership.

A mere 18 per cent of Telegraph readers would consider switching to EE's 4G - and about half will wait until there's a choice of competing LTE networks - according to a poll of 4,500 readers on the newspaper's own website.

And count me out, too. There's no shortage of reasons to hold fire.

One is the reason cited by Telegraph readers: they value making a choice more than they value being the first kiddie on the block with the new toy. Another is rather obvious, too. EE's network rolls out in 16 UK cities. But if you live in the UK's 9th, 10th, 13th and 16th largest towns and cities, you're stuffed. That's tough luck on Leicester, Coventry, Bradford and Stoke respectively, whose populations total 1.2 million.

The choice of handsets in the UK capable of using the new technology will, for a short time, also be small - although nothing like the early days of GSM and 3G.

But there are two more good reasons to hold fire, which have received surprising little attention, and they're closely related. There is a significant trade-off in using a power-guzzling 4G device. "Fast Phones - Dead Batteries" is how the Wall Street Journal sums it up succinctly.

4G can do more with the radio spectrum than 3G, but this cleverness comes at the a cost: it requires much more processing power to cope with the surge in data and the electronics will draw more current. This is straightforward physics and - even if mobile networks had no legacy baggage - a 4G network would deplete your battery faster than 3G. The technology in the handset will improve and become more efficient, but that's no use to us here and now.

For the time being, the network must cope with 3G and 2G phones, and fall back to these legacy standards in areas where it cannot deliver 4G connections. Switching a handset's transceiver hardware between 4G (OFDM) and 3G (CDMA) drains the battery, just as switching between 3G and 2G (GSM) does. US device manufacturers operating on Verizon's network keep both 3G and 4G radios flying at once. Handsets with a GSM heritage don't have to - they keep GSM and CDMA "sleeping" in passive mode. But there's nevertheless a heavy switching cost. 4G phones lock onto a 4G signal whenever they can, and in the early days of network build-out, that's going to be a lot of the time.

As a consequence, apps such as JuiceDefender are popular downloads. They promise to search and destroy power-guzzling 4G processes on Android gear. Device manufacturers are building in bigger batteries, but even without the additional power drain, they're gasping simply to keep pace. The new Nokia Lumia prototype I used last week in New York packs in a whopping 2,000mAh battery and felt like a mini-iPad.

The question you then have to ask is - do you really really need that extra speed? When HSDPA+ has proved more than adequate? Personally, I'm struggling to think of applications where I'm prepared to trade off weight and power drain against that speed. As a punter, waiting for competition (due to arrive next summer in the UK) and network maturity (maybe two years out) looks like the smart choice. 4G isn't like a leap from steam to jet at all.

If you're only ever sat beneath a 4G network mast, and with a briefcase full of power chargers, the question may be a moot. What about you? ®