Floating on a fondleslab (or two) 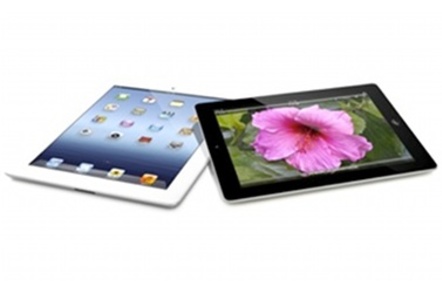 UK IT is currently stumbling along a rather rocky road. But for the tablet, times would be rather tougher, market watcher GfK reckons.

Looking back over the six months from January to July, and to the equivalent six-month periods in the previous five years, the contraction in sales of desktop tower PCs is very evident.

So is a 2007-2008 leap in notebook sales - and the market's very minor growth since then. The rise and fall of the netbook - peaking in 2010 - is equally clear cut, but nothing stands out like the rise of the tablet: from next to nothing in 2010 to a little over a third of the overall UK IT market in 2012.

The only other growth market in recent years has been the all-in-one desktops, but that growth has clearly run out of steam, the category's share of the market stuck at just under three per cent during 2011 and 2012.

Claiming that the tablet has "kept IT afloat" in the UK is a hard call to make, even though GfK says just that. Had the iPad never been launched, would others have still appeared? If not, as seems likely - Apple's rivals took longer to follow it that they would have had they equivalent kit in the pipeline already - would notebooks and netbooks have fared better during the past few years?

It's clearly the case that some cannibalisation - tablets bought in place of older form-factors - has gone on, but it's also true, as GfK analyst Mehryar Hamid notes that "saturation in the market and the lack of innovation have all had a significant impact on this market".

UK IT sales volumes were up half a percentage point for the first six months of the year compared to the same period in 2011, but sales value was down 3.8 per cent, Hamid notes. With so much growth seen in high-margin items like tablets, this figure highlights how far the prices of other computer technology have plunged.

The outlook isn't good. "The figures for July 2012 ave been even less encouraging," said Hamid. "Both sales volume and value were down 6.6 per cent and 3.4 per cent respectively."

Retail sales were up 2.8 per cent in volume and 11 per cent in value in comparison to July 2011, pointing to a big fall in sales through other channels, which benefit less than shops do from shiny new items like tablets and e-book readers. ®