Eco-nomics: Was Stern 'wrong for the right reasons' ... or just wrong? 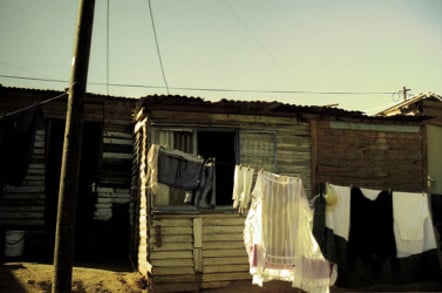 Analysis "Why should we sacrifice 10 per cent of our income today to make Bill Gates better off?" asked an MP. "As the world's [second] richest man, he doesn't need our sacrifice."

The second richest man in the world, Bill Gates, is a proxy in this rhetorical question. The MP, a former Cabinet minister, is raising a fascinating and rarely asked moral question. Should we make ourselves poorer to save the rich of the future some insignificant amount of money: an amount so small, it will be a rounding error? The argument he builds is that government spending on climate policies is in fact a form of regressive wealth distribution. And the question the minister poses is far from rhetorical; it's at the heart of the climate policy debate.

For an issue that is discussed in stark moral terms – good guys favour cutting carbon emissions, and bad guys don't – things are not what they seem, suggests former Cabinet Minister Peter Lilley. Poverty is the greatest killer on the planet, robbing societies of the ability to protect themselves, and look after their most vulnerable. A legacy of our obsession to cut carbon dioxide emissions aggressively may be to trap billions in poverty, and the avoidable suffering that goes with it.

It's all about economics. Six years ago the Stern Review landed with a thud that could be felt on the Richter Scale. The 700-page blockbuster – The Stern Review on the Economics of Climate Change, to give it its full title – was commissioned by the UK government, written by UK bureaucrats led by a former economist to the World Bank, Nicholas Stern. It made the case for urgent climate mitigation policy: we'd be better off making sacrifices now to alleviate damage – both social and economic – in the future, Stern argued.

The MP, former Cabinet Minister Peter Lilley, has called foul. Lilley and economist Richard Tol have written a 100-page analysis of the Stern Review, published today by policy think-tank the Global Warming Foundation (PDF). The study asserts that Stern's economic arguments can no longer form the basis for policy. Government should focus on a series of more practical measures instead, the study argues. These range from practical carbon emission reduction policy, to greater energy efficiency programmes, to the distribution of aid.

Stern's summary was simple. Climate change would cost 5 per cent of GDP "now and forever", he advised, yet we could avert disaster with policy that would set us back just 1 per cent of GDP. So the benefits outweighed the costs.

It's astonishing to re-read Stern's government-commissioned report today and be reminded that the 'bedrock' of climate economics itself rests such a flimsy base. But at the time, the watchdogs didn't bark. Only a few of Stern's economic peers, when they finally got the chance to examine his logic and mathematics, were critical, and their voices were confined to academia, argues Lilley, referring to a Yale Center for the Study of Globalization seminar held the year after the review's publication. Lilley writes that the report received a "comprehensive battering" from attending environmental economists. Lilley also contended that British media had "amplified uncritically" the report's "most stark and dramatic conclusions".

Here's an example of Stern-logic. The Review assumes that those most affected by increasing temperatures would not adapt to them. As support for this, Stern cited a study in which yields of a particular a strain of peanut vulnerable to higher temperatures fell by 70 per cent. He omitted the rest of the study, showing that alternative peanut strains would give farmers increased yields if temperatures increased.

"Surely it is reasonable to suppose that Indian farmers would switch to the variety that would actually increase their yields, rather than passively letting their yields decline by up to 70 per cent?" writes Lilley. "Stern’s approach has been called ‘the dumb farmer hypothesis’. His selective quotation of the results might be called ‘the gullible reader assumption’."

But the 'Bill Gates argument' is where Stern's calculations, and UK climate policy are at their weakest, claims the rebuttal. Lilley argues that the concepts outlined in the Stern Review were founded on Robin Hood economics: robbing today's poor to benefit tomorrow's rich. By 2200, by figures the IPCC itself uses, we'll be seven times as wealthy as today. Even on using the most pessimistic estimates, Africa will be as wealthy as the West today - although why it need take so long, when Asian economies have transformed living standards in the space of a few decades, is worth questioning. Africa has shown strong GDP growth in recent years.

The conventional economic approach to climate change is to regard the damage as an externality, which means the 'polluter pays', the payment being priced at the market discount rate. This is how most economists tackle the issue. But not Stern. Instead of a market rate, Stern chose an improbably low 'discount rate' to reach his conclusion that mitigation policy costs were lower than the benefits. This was a new kind of economics.

So what, then, is a discount rate?

"It's the cost of doing something now, versus the benefit accrued in the future," says Lilley. "Everyone does it; it's a calculation we do instinctively, even if we don't realise we're doing it."

Stern's 'trick' was really twofold. Firstly, he used an improbably low discount rate - the exact figure, over 700 pages, he omitted to disclose. The second was the use of the word 'forever'. Stern made a projection of the losses to infinity. The result was that the costs were underestimated by a factor of between 2.5x and 5x.

Fundamentally Stern was asking the current generation to accept a 5 per cent hit in income, so that a future generation seven times richer would not suffer 5 per cent loss of income.

"He is entitled to use a low discount rate, but only if he accepts that, logically, he should advocate investing in a Norwegian-style ‘fund for the future’, not just in mitigating climate change but in any projects with returns above his discount rate until the market rate and his discount rate converge," notes Lilley's study.

Stern made some other curious assumptions, Lilley points out. The World Bank has estimated that Bangladesh needs to devote 1 per cent of its GDP today to stop flooding.

"Bangladesh today is far wealthier than Holland was when it built its dikes," says Lilley. "The idea that they can't build irrigation, that they can't adapt, is a racist view."

According to the new study's authors, other parts of Stern's landmark study continue to defy explanation.

"The more innovative parts of the Stern Review – the non-Newtonian calculus in Chapter 13, for instance – have yet to be submitted to learned journals," notes Tol acidly in his foreword.

Even supporters of the manmade global warming hypothesis conceded that the economics didn't add up, argues Lilley. Economist Martin Weitzman conceded that the discount rate Stern assumed was 'unlikely' and rejected Stern’s "ultra-low discount rate", preferring to use a market rate of 6 per cent per year. However, Weitzman argued, Stern was "wrong for the right reasons", since in Weitzman's view global warming may "destroy planet Earth as we know it". The economist reasons that since the response of the climate to a doubling of CO2 cannot be accurately be made, the worst case must be assumed.

But far more dramatic changes in the climate have been experienced within the past 20,000 years, Lilley contends, with humans able to draw on far more primitive technological resources, and yet survive. Much depends on the belief that the climate will 'run away'.

Next page: If not Stern, then what?
Page:
Tips and corrections
58 Comments