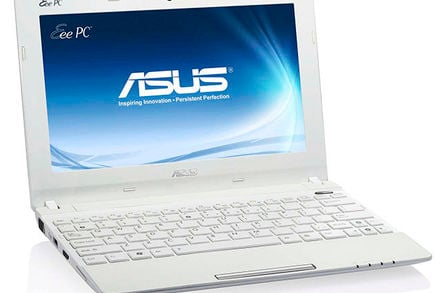 Shen has said Asus will make no more of the devices, and when current stocks have shipped that will be that, Digitimes claims.

Shen is reported to have blamed the move on falling netbooks sales in emerging markets and upon the rise of the fondleslab.

And where can the form-factor go next? Ultrabooks are thinner and more powerful - though more expensive too. Adding, say, high capacity SSDs, hi-tech slimline batteries or retina displays will lift netbooks out of the low-price zone.

Windows 8 pricing is also said to be persuading manufacturers that there's no longer money to be made in netbooks. Dell is already out of the netbook market, and Samsung has said in the past it will get out too, as has Toshiba America.

Asus makes tablets of its own, of course, and will push its Transformer series of slates in place of the Eee brand to which the range originally belonged. ®