New rule on blood-soaked metals in mobes is POINTLESS 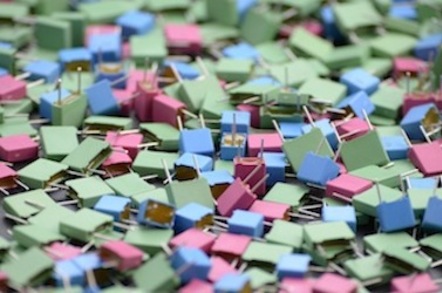 Analysis There's been much trumpeting of new rules that require companies to 'fess up if they use minerals extracted from war-torn African nations. If this is news to you, try this handy guide El Reg made earlier.

Having actually gone and read the directive [PDF], freshly issued by US watchdog SEC, I cannot see that it achieves anything at all - except, obviously, more paperwork as well as some smug righteousness for the right-on types who campaigned for it to be passed. There's a loophole so large that you could drive an entire squabble of lawyers through it.

Think back a bit to how this was all sold to us. Yes, there are bloodthirsty bastards in and around the Congo enslaving people to mine coltan (please, columbite–tantalite) to make our mobile phones. We were told that this was appalling (it is and was), and consumer electronics manufacturers were specifically targeted for restrictions on the use of conflict minerals.

The point being that we, as consumers, would shun products made by such appalling supply chains.

The blood-soaked metals of concern are gold, tungsten, tin and tantalum - the latter is heavily mined in the conflict-ridden Democratic Republic of the Congo (DRC) and thus was used as the poster child (as it were) for these restrictions. The Enough Project, Global Witness and other NGOs pushed hard to get regulations on those four conflict minerals into the US government's package of financial and market reforms, enshrined in law as the Dodd–Frank Wall Street Reform and Consumer Protection Act. Now, as a result, the SEC has finally published its rule requiring public disclosure of their use by manufacturers.

Yet I'm entirely unconvinced that it does anything at all to deal with the specific problem of tantalum from the Congo. The metal is an essential ingredient for capacitors, a type of electronic component present in just about every phone, gadget, gizmo and computer. But a loophole exists and it is this:

If you're not manufacturing by this definition then you don't have to say anything at all about whether you're using conflict minerals or not. The entire system erected by SEC and the Dodd-Frank Act just passes you by. At which point I'd say that no consumer electronics manufacturer has to report anything at all thereby obviating the point and purpose of the new rules.

Think through what the tantalum supply chain is: miners dig for coltan and ship it to a smelter who extracts the tantalum from the ore and makes the metal power. This then goes off to the capacitor makers who make it into, well, capacitors. These capacitor makers would indeed (if their shares are traded on US markets at least) have to report under these rules about conflict minerals. As would the smelters.

However, does anyone at all think that capacitors are anything other than generic parts to the handset and computer makers? They most certainly don't design them, do they? They don't even have any influence over the manufacturing of them. They're simply an off-the-shelf part that is ordered by the million or hundred million from any of a number of suppliers. I've seen that the global market for capacitors is 100 billion a year: this isn't something where Apple designs its own.

Why this is worse than a waste of time

So, at least as far as I can see (and similarly as far as I can see I'm the only journo who knows both metals and some tech to have written on this point) the new rules have absolutely no effect whatsoever on the very problem by which the new rules were sold to both us and the politicians. Electronics manufacturers just won't have to tell us where the tantalum in their capacitors came from. So it's all been rather a waste of time, hasn't it?

What makes it even worse is that before these rules were promulgated the problem had already been solved - by the EICC/GeSI. The electronics companies got together and leaned on each other and the smelters to insist that none of these conflict minerals should be entering the supply chain. And they're not either: not in the western world at least.

None of the smelters (Cabot, HC Starck, Silmet etc) will handle dodgy minerals from Central Africa. We've even got a system of testing the trace elements so that we can prove which mine any particular lot came from. What is most annoying about this point is that this is where we in the metals trade said the choke point was all along. There are only a handful of people capable of doing the refining. It's not something that can be done out in the woods (you need hydrofluoric acid to do it and at one point you have to handle niobium pentafluoride: makes nice big bangs, that does) so stick a bloke in the goods receiving part of the 10 or 11 factories globally that can handle it and you're done.

So the legislation has been doubly a waste of time: it doesn't solve the problem and voluntary cooperation under consumer pressure has solved the problem before the legislation took effect anyway. It's been done by doing what the experts said should have been done, concentrating on that choke point. All the law has managed is to force large numbers of people downstream from that to fill out lots more documents.

Now it's well known that I'm a froth-mouthed right winger who is insistent that nothing should ever be regulated anywhere. Something which, like so many general beliefs, is wrong. I and others like me argue that who does the regulating and how they do it is the important bit. And that often people can and will respond to consumer desires through voluntarily managing the process. Getting the legislators involved often doesn't help: it can at times even be counterproductive.

And given that in this case the law doesn't solve the problem and that the voluntary part has cracked it cheaper and faster, it would rather seem to prove my point really. ®