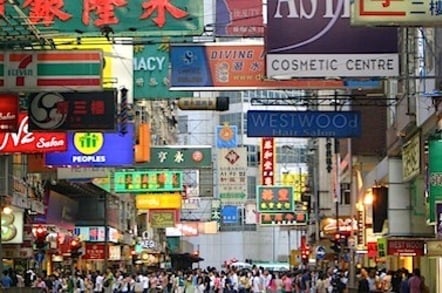 Chinese tech hub and boom town Shenzhen is set to increase the minimum wage of workers there by 13.3 per cent in early 2013, causing a few sweaty palms in the technology supply chain.

Shenzhen and the wider Pearl River Delta area in southern China is one of the most concentrated technology manufacturing hubs in the world. Samsung, Apple, HP, Dell and Nokia all have kit built here by the big Taiwanese ODMs such as Foxconn and Wistron.

This won’t affect Foxconn – which is one of the most generous employers of its kind in China, offering an entry-level wage of 1,800 yuan – but it may have an impact on the smaller manufacturers further down in the supply chain, which operate at tighter margins.

As for whether the wage hikes will result in more expensive products, labour is still a small percentage of a gadget’s final cost. However, tech firms HP and Dell have voiced concerns in the past over salary increases.

Although the central government sets the rules for minimum wage in China, local authorities have the discretion to push the figure higher if they wish.

However, increasing numbers of manufacturers in China are relocating from the Pearl River Delta to places like Chengdu in the south-west, partly because of rising wage bills.

There is also a long-term risk for China that these ODMs eventually seek relocation to somewhere cheaper in Asia - Foxconn is already said to be building a massive plant in Indonesia, for example.

The irony, of course, is that despite these wage hikes, workers in plants such as Foxconn still barely have enough to live on once accommodation and living expenses are deducted.

Gartner research director, Roger Sheng, told The Reg that higher salaries are unlikely to force large scale relocation out of China, given the growing maturity of the supply chain there and the huge domestic market.

"Foxconn is saying it is moving to outside China but actually it is building the biggest factory zone in Henan province for increasing iPhone orders," he added. "Other countries need to invest in the infrastructure and education systems to attract electronics manufacturers to move from China before launching aggressive policies." ®