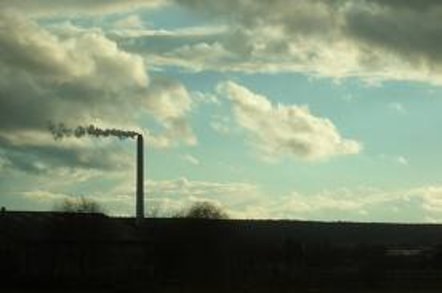 National Australia Bank (NAB), one of Australia's big four banks, has detailed how changes to its data centres helped the organisation to become carbon neutral in a white paper (PDF) issued by the Open Data Center Alliance.

The bank says it has been carbon neutral since 2010, thanks in large part to work on its data centres, which account for 43% of all energy it consumes.

Tri-generation, the practice of generating electricity, heating and cooling from one device, is one of the Bank's most important carbon-cutting initiatives. As the white paper explains:

"NAB’s tri-generation facility is an on-site, natural gas-driven generator that supplies one of NAB’s existing strategic data centers with over 60% of its total energy requirements. Tri-generation reduces carbon emissions by approximately 20,000 tons per year, and accounts for a 10% reduction in NAB’s overall Australian carbon footprint. Emissions savings from this one project equate to emissions generated by 1,400 households. With the demands of its two strategic data centers equating to approximately 43% of NAB’s overall energy usage, efficiency savings are absolutely critical."

A private cloud is also important to the Bank's efforts, and while the White Paper doesn't say just whose virtualisation or private cloud kit NAB uses, Oracle is named. It seems more likely, however, that IBM is running the show and providing servers as the document points out that “NAB is outsourcing the management of most of the company’s physical data center infrastructure to IBM.”

Indeed, IBM appears to have serious skin in this game, as NAB says it is “now responsible for the hardware within NAB’s two existing data centers, and for implementing IBM’s “Infrastructure on Demand” platform model.”

“NAB is now purchasing 'resource units' from IBM, scaling functionality up or down as per demand. In the former model, data centers consume a lot more electricity and physical space than is necessary, and require IT staff to manage and maintain a higher number of servers than required. The new model allows NAB to reduce its carbon footprint to a level of support that matches actual customer demand and service expectations.”

Tim Palmer, Senior Manager, Data Centre Transformation at NAB, says in the paper that this arrangement means “it is now up to IBM to try and be as efficient as they can. It’s in their best interests to increase efficiency, reduce the physical footprint of their server space, and thus reduce their operating cost and carbon footprint.”

Much of that work will take place at a new data centre currently under construction in Melbourne. The new bit barn will be ready to “run a pilot of the new 'Infrastructure on Demand' platform by July 2013” and should be fully operational by September 2014.

Once up and running, Palmer says the new facility will help the bank to conduct a major consolidation project, which he explained as follows:

“There are over 2,000 servers across the data centers that will be consolidated, with approximately 10,000 operating system instances handling the functionality, all of which need to be migrated to the new facility. Ultimately, as we go through this migration, our standard principle is that everything is virtual, by default. We want to minimize as much as possible bringing any old technology over to the new facility.”

The new data centre will almost match commercial rivals for efficiency, as modelling shows it will achieve Power Usage Effectiveness (PUE) score of at least 1.35, which means for every watt consumed by kit another .35 watts goes to keeping the data center running. By contrast, HP's newest data centre in Sydney is only a little better with a PUE of 1.3.

The bank's other IT-related carbon abatement tricks include double-sided printing as default across the organisation, print-on-arrival kit that means printers only emit paper when staff swipe their ID cards at the machine, rigorous attention to switching off unused PCs and large investment in teleconferencing rigs.

But Palmer also says, in the white paper, that technology alone won't deliver.

“You have to make this message personal for everyone,” he says. “Let them know that they are part of the process. Business units need to understand the cost of requesting test environments, for example, and need to apply due diligence to reducing their impact as much as possible. We’re looking for behavioral change. People need to internalize this message at work every day. The most effective strategy has been applying transparency to the costs generated by each business unit, providing them and their staff with continual, positive reinforcement.” ®