North-easterners panicked by rumours of violence 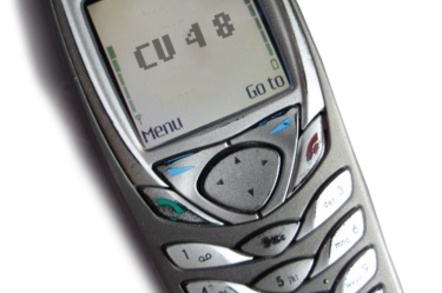 The Indian government has been forced to ban the sending of bulk SMS text messages over concerns migrant workers from the nation's north-east will be targeted by Muslims.

Violent clashes in the state of Assam between the indigenous Bodo community and Muslim settlers from Bangladesh have left scores dead and displaced hundreds of thousands in the north-east corner of India over the past month.

However, over the past few days it emerged that hoax messages were being sent out en masse across the country, warning that north-easterners were being beaten and killed in other parts of India including Bangalore, Hyderabad and Mumbai.

Unsurprisingly the texts went viral, apparently leading to thousands trying to flee back to Assam and neighbouring areas.

However, analysts weren't too worried about any knock-on effect harming output in the IT centre of Bangalore.

Forrester analyst Katyayan Gupta told The Reg that the cause of the migration would likely be tackled within the next few days and that even if the situation lasted longer, there are enough staff to keep operations going.

"The tech industry in Bangalore generally has strong bench strength, so they can call upon these employees if there is any immediate resource crunch," he added.

“The north east of our country is a sensitive region but I’d like to say that whatever may have happened … should not be used as an occasion to fan rumours, to create an environment in other parts of the country that people in the north east feel insecure,” he told Parliament.

The bulk text ban is set to stay in effect for a fortnight.

Although many in the world’s second most populous nation live below the poverty line, over 50 per cent of households own a mobile – more than do an indoor toilet.

However, the current text-related crisis comes at a rather inopportune time for the government, just after it unveiled its 70bn rupee (£800m) A Mobile In Every Hand scheme to provide phones to six million of the poorest households. ®