And jury out on Microkea struggle, says Gartner 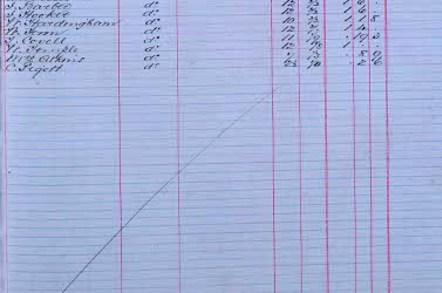 Samsung is riding the rising tide of Android-powered mobile phones as the world reels from recession and Apple fanbois hold out for the iPhone 5.

Global sales of mobile phones fell year-on-year by 2.3 per cent to 419 million devices in the second quarter of 2012, according to numbers from Gartner today. Smartphones accounted for 36.7 per cent of all mobe sales, up 42.7 percent on the same three-month period last year.

On the operating system front, Google's Android extended its lead as the world's single most popular mobile phone platform, 64 per cent, while Apple's iOS - as found in the iPhone and iPad - is pretty much static at 18.8 per cent.

Overall, mobile sales would have been lower had it not been for Samsung and record sales of its Galaxy handset. Sammy grew phone sales 29.5 per cent from the same quarter in 2011, with demand for the S3 exceeding the South Koreans' expectations.

The Galaxy S III was the best-selling Android product in the quarter. Gartner notes that the numbers could have been even higher had it not been for shortages of the new gadgets.

Sales of Apple's iPhone weakened, down 12.6 per cent compared to the previous quarter, but were up 47.4 per cent compared to the same period last year. A recovery this year depends very much on when Apple puts the iPhone 5 on the shelves, Gartner said. If it's in time for the end-of-year shopping season - a traditionally strong period of consumer purchasing - this would help Apple recover.

Gartner's analysts stated: "Depending on the exact launch date of the new iPhone, Apple might experience another weaker-than-usual quarter in the third quarter of 2012."

Nokia is in the weakest position of all, though. Mobile phone sales for Nokia fell 14.8 per cent as the company switched platforms from Symbian to Windows Phone from Microsoft in smartphones, and as it defended against white-box and emerging entrants in feature-phones.

Nokia saw growth in feature-mobes but, according to Gartner, "Nokia's [Windows Phone] Lumia devices continue to struggle to find a place in consumers' minds as a replacement for Android".

The switch from Symbian to Windows Phone is not materialising for Nokia or Microsoft. Symbian's share slumped to 5.9 per cent from 22.1 per cent while Microsoft increased, but only slightly: 2.7 per cent, up from 1.6. Former Symbian users appear to be heading to Android based on the growth numbers. ®