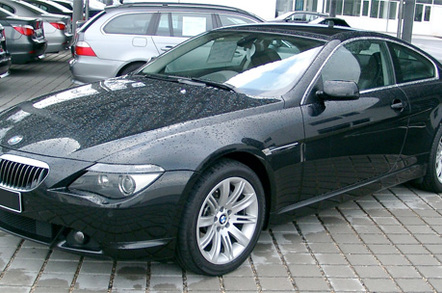 Musicians are claiming a small victory in pressuring BMW to rethink its internet advertising policies.

The car maker, which posted revenues of €68bn in 2011 - making it more than twice the size of Google - has promised to review how it promotes itself on the internet after the Trichordist blog noticed the German giant was touting its flash motors on pirate music sites.

The blog stated that a BMW promotion ended up appearing on downloads den MP3Crank beside the Drive movie soundtrack, scored by the former Magic Band and Red Hot Chilli Peppers drummer Cliff Martinez.

"These are not 'millionaire rock stars' being exploited," noted the blog. "They are regular, hard working musicians who caught a lucky break. That break unfortunately is not for the profit of the artists, but rather this site who is contributing nothing to the artists themselves."

After a write-in campaign the car giant has pulled the ads and vowed to review its policies, notes contributor Chris Castle.

Recent years have given lazy journalists an easy story to write. The poor artist is enslaved to an evil record company, which tries to stamp out internet freedom. Pirates can set them free. It's partial and simplistic, at best - and this year, with indie musicians frustrated by the lack of success in overcoming timid legislators, they've increasingly taken direct action themselves.

But they can't do it on their own. Castle adds a caution for sites tempted to use ad networks:

"I seriously doubt that any ad network or ad exchange is clean. It is an occupation that is at best suspect and at worst a haven for money laundering. It is also very likely that your paycheck includes profit from human misery from copyright infringement to mail order brides."

BMW had not responded to our request for comment at press time.