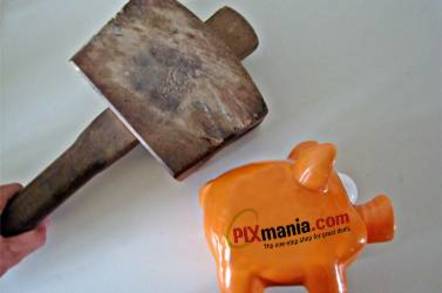 Updated Dixons Retail is understood to have placed Equanet boss Phil Birbeck in charge of its loss-making online operation PIXmania after coughing €10m (£7.86m) to buy the founders' remaining shareholding.

Birbeck took control of Equanet, the IT reseller arm of the consumer giant, at the start of 2010 having previously headed up the now defunct PC City operation in Spain.

Sources told The Channel the move was part of an "exec reshuffle", claiming Birbeck had steadied the business during his tenure after a period of declining sales at Equanet.

In a statement to the City, Dixons confirmed it has today splashed out on the 22 per cent stake held by PIXmania founders Steve and Jean-Emile Rosenblum, taking its stockholding to 99 per cent.

Dixons boss Sebastian James claimed the deal will give the online outfit "stability and flexibility" to up its customer service.

"PIXmania's own trading business continues to face strong market headwinds and this move will allow us to take the decisive actions necessary to improve its performance," he said.

In the last set of financials for fiscal 2012 ended 28 April, Dixons blamed the slip in its top and bottom lines on "weaker" sales volumes in southern Europe and electrical'n'electronics bazaar PIXmania.

In that year, PIXmania turned over £655m in sales, down nine per cent year-on-year, and made an underlying operating loss of £20m compared to a profit of £3.5m in fiscal 2011.

The remaining one per cent shareholding of the firm is owned by Club Fotovista, a French firm held by employees and former employees of PIXmania. ®

Dixons Retail has confirmed that head of business development Felix Stauber will take the reins at its reseller arm Equanet.

"Felix will work with the [Dixons] management team in Bury to improve the Equanet proposition and continue the work to develop the customer plan," said a Dixons voice box.

"He is well regarded by senior group management and has both the skills and the experience to ensure Equanet keeps moving forward," he added.