Try selling these cloud things instead, they seem popular 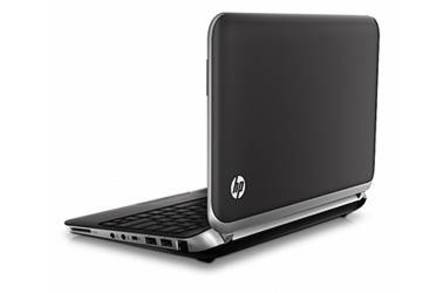 A UBS analyst has said Hewlett Packard should shed its PC and printer biz in a report that reopens old and sticky wounds.

Rumours of a PC biz spin-out first surfaced last year, during former CEO Leo Apotheker's reign. By contrast, current big boss Meg Whitman has famously likened any spinoff of the units to breaking up a family.

HP is still the biggest maker of PCs in the world – if you discount tablets – but Steven Milunovich at UBS Investment Research reckons the tech giant should ditch hardware and focus on services: cloud and business.

Doing two things stops HP doing either well, he argues: "HP lacks the pure enterprise focus of IBM and EMC yet will have trouble competing for consumers without strong tablet and phone businesses like Apple and Samsung."

And tablets aside: HP is losing share in the PC market and printer sales, long HP's cash cow, seem to be on the decline.

Focusing the company would reduce complexity and pump up profits, said Milunovich - adding that CEO Meg Whitman is on a loser with her "keep the boat steady" strategy.

Can any CEO lead such diverse businesses with different technology and distribution requirements? The complexity must be overwhelming.

He even lays into HP's marketing strap lines as indicative of a muddle rather than a mission:

In terms of marketing, what does the HP brand stand for since being all things to all people means standing for nothing? The company’s taglines reflect the lack of focus, going from “Invent” during the Fiorina era (when HP was inventing little) to today’s generic “Make it matter.”

But others disagree. Canalys analyst Tom Evans told The Reg that he backed Whitman's current strategy of stabilisation, even though HP is generally losing share in the PC market. Discussing statements from previous CEO Leo Apotheker's statement about ditching the PC division, Evans points out that the suggestion of the dramatic move did not pay off:

The market reacted to that in a very unsure way, especially in the channel. I think that's important.

When HP said they would merge their PC and Printer divisions, the channel viewed that as a positive.

Stablisation will allow HP to build momentum, rather than going back into turmoil.

He said that though there were worries about HP losing market share, the firm is not in a weak position and both the release of Windows 8 and Intel's push into Ultrabooks bode well for HP. ®