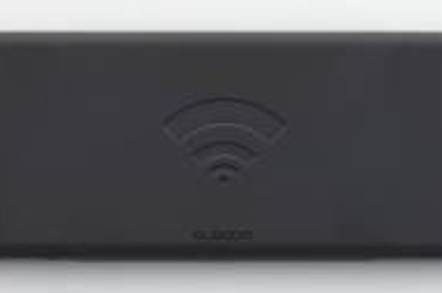 Japanese electronics firm Elecom is claiming a world first with the launch of an NFC-enabled portable keyboard designed to work with Android smartphones – a gadget which could appeal to time-starved, fat fingered mobile workers.

The keyboard, designed in collaboration with Norwegian firm One2Touch, is similar in layout to a regular PC keyboard except with a space in the middle to place the smartphone.

The 34cm, 45-key keyboard is made out of silicone, which means it can be folded away into a neat little carrying case – as shown on this demo video – although this may also render it about as pleasing to type on as an early ZX Spectrum.

After initial software installation and configuration, all the user needs to do is place their NFC-enabled Android device onto the space in the keyboard and start typing, according to Elecom.

Now for the major draw back. According to Elecom, the device will feature a built-in battery that apparently cannot be removed or charged.

It will last for 18 months if used for eight hours per day, but after that, the user is forced to buy a replacement keyboard.

At just 144g the keyboard could be a neat little addition for the business user on the move - NFC in theory at least more user-friendly for the time-starved than Bluetooth.

However, while widespread in mobile phones in Japan, NFC is far from a standard feature elsewhere as of yet, which could limit its appeal.

There’s no information from the firm on when or whether the keyboard will be released outside Japan but it certainly won't be the last of its kind we're likely to see. ®