Fantasy 1-2-1 talk could land you in jail 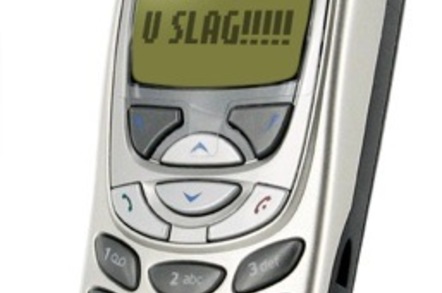 You could be committing a criminal offence next time you discuss your deepest fantasies with someone online. Alarmist? Only slightly.

A ruling slipped out quietly by the Appeal Court earlier this year, and lurking in the background while the substantive case to which it applied came to court, makes it plain: the act of publishing as defined within the Obscene Publications Act can take place with an audience of just one individual.

That means it is therefore perfectly possible for the content of online chat, should a jury decide that it is capable of "depraving or corrupting", to be judged "obscene" - and as such for one or both participants in that conversation to be guilty of a criminal offence that carries a sentence of up to five years in prison, and a stint on the sex offenders' register.

This is legal dynamite - and in one single judgment catapults the UK to the back of the queue on a range of international indices on freedom of speech.

The change to the law - or clarification as judges might describe it - came about in February when the Appeal Court ruled on a prosecution appeal in respect of an individual identified only as "GS". The case has been wending its way through the legal system since April 2010, when GS was charged with nine counts of publishing an obscene article contrary to section 2(1) of the Obscene Publications Act 1959, and one count of possessing an indecent image.

What was particularly innovative was that the material in question was a series of text logs of online chats between GS and one other individual. Initially, the legal reaction was that such a case could not possibly succeed - and that was pretty much the view of the judge who threw it out when first it arrived at Maidstone Crown Court in November 2011.

But that was before an appeal brought by the prosecution in February of this year, and the appeal court ruling in which three appeal judges - Lord Justice Richards, Mr Justice Kenneth Parker and Mr Justice Lindblom - ruled unequivocally that publication to an individual did fall within the meaning of the OPA.

We have no doubt that the judge was wrong to rule as he did.... In our judgment, to publish an article to an individual is plainly to publish it within the meaning of the Act.

Lest there be any doubt about their interpretation of the law, the judges go on to say (par 26):

There could be no sensible reason for the legislature having excluded otherwise obscene material from the scope of the legislation, merely because it was likely to be read by, and therefore liable to deprave and corrupt, only one person...

In the light of this ruling, GS, who had previously been defending against all counts, changed his plea to guilty. Back at Maidstone Crown Court in July 2012, before Judge Philip St John-Stevens, the court accepted his plea, dropped the indecent image charge – and sentence will be delivered on 7 September.

It cannot be stressed just how ground-breaking this verdict is. The Obscene Publications Act celebrates its 53rd birthday this year. The OPA, broadly, does not criminalise any specific words or depictions. Rather, it leaves it up to a jury to decide what will tend to "deprave or corrupt" - which over the years has meant NOT finding obscene Lady Chatterley's Lover, the infamous "Schoolkids" issue of Oz, Inside Linda Lovelace and, most recently, during the case of Michael Peacock, full-hand fisting, urination, staged kidnapping and rape. For all that, the CPS still maintains a list online of things THEY believe would attract a jury's disapproval.

During its long history it has been used to prosecute novels and images, invoked by the police seizing pornographic magazines and on one infamous occasion, tested out in respect of online publication - the "Girls (scream) aloud" case - though then, the audience was likely to be counted in the dozens if not hundreds.

This focus was picked upon by barrister Roger Daniells-Smith, who in an early appearance on behalf of GS reportedly told the court: "We say this is a moral crusade by Kent Police to extend the law, to try to get this material included as extreme pornography."

Kent Police reject this. They told us: "The only crusade Kent Police is on is to protect children from abuse including sexual exploitation. This decision ... closes one door where people that would abuse children share and indulge in their fantasies online without the use of images, and prior to now have felt beyond the reach of the law in doing so."

A spokeswoman for the Crown Prosecution Service explained: "The ruling reinforces the interpretation of 'persons' to include one person".

They added: "Most obscene material relates to books, magazines, films and DVDs. The OPA also applies to anything published on the internet, whether text, pictures or online chat".

The decision has been broadly welcomed by CEOP, the UK organisation tasked with policing the online world for child abuse: "This is a landmark case [and] a good opportunity from a law enforcement point of view. It opens up the possibility of more people being prosecuted for offences against children."

So what difference does this make? Defenders of the court ruling would argue that there was nothing defensible about the content of the chat logs, which pertained to “explicit conversation concerning incestuous, sadistic paedophil[ic] sex acts on young and very young children". Surely this is no more than a minor change in the law having little effect on anyone who is not themselves a dangerous paedophile?

Weight is added to this contention by the IWF, who have told us that while they continue to report obscene adult content, hosted within the UK and publicly available online, they would not assess what was written in "a private online conversation".

The real danger lies in the fact that the history of UK law on matters sexual over the last couple of decades is that principles first introduced to protect children are often extended over time to other areas.

The latter, initially forecast by its proponents to lead to no more than 30 or so cases a year, last year notched up over 1,300 prosecutions - and an unknown number of cautions.

If the application of this legal principle remains restricted to instances where fantasy is focused on child abuse, it remains a theoretical impediment to freedom of speech, but one about which few are likely to go to the wall.

The danger, as some may now suspect, is that the principle will, inevitably, be widened out - with the result that discussing sexual fantasy online may become increasingly perilous for those who wish to do so. ®