Even cosplay deemed too racy for impressionable teens 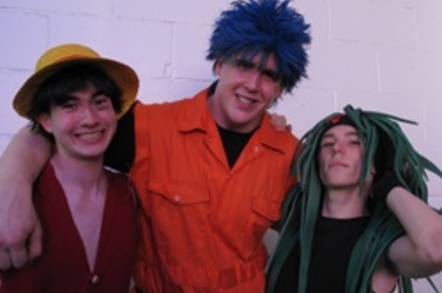 Chinese gaming fans got a little less than they bargained for last week when one of the country’s biggest digital entertainment expos, ChinaJoy 2012, kicked off without the obligatory bikini-clad “booth babes” that have become virtually ubiquitous at consumer tech shows.

Organisers of the Shanghai-based conference said they finally had enough after ten years of being exposed to scantily-clad models touting the wares of their gaming clients, and instituted a strict new dress code for this year’s show.

"Because adolescents make up our primary audience, we do not want to send them the wrong message," event organiser Yu Kun told the Global Times.

According to the new rules, there’s now a ban on bikinis and backless clothing, miniskirts and hot pants must worn below the hip, and pants are a must. Any modelling agencies that sent their girls to the show were forced to abide by the rules or apparently face a fine or ban.

To check that ChinaJoy 2012 was a bikini and backless dress-free zone, organisers sent 40 lucky members of staff out into the show with cameras to spot any transgressors.

First to feel the heat was Chinese model Li Ling, who took to the stage dressed as manga/anime character Athena from the Saint Seiya franchise.

Unfortunately for Li, she was sent packing half way through the show after he costume was judged to have left too little to the imagination.

Global Times reported a record 170,000 visitors to ChinaJoy 2012, but one wonders if the numbers will be as high next year.

Not only does the strict new dress code surely disappoint a large pool of single male gamers but it also imperils those paying female attendees who decide to dress up for the occasion.

One such was apparently asked to leave after she turned up wearing “nothing more than flesh-coloured underwear and a tube top”. ®

Wouldn't wear it in the CEO's office? Don't wear it on the show floor

GTC 2013 Like what that stranger's wearing? Snap a pic for image-matching GPU

Look out, Apple - Voice of Kindle now owned by book-slingers

Fish boffins: Big-brain babes are brilliant, but benefit for boys is bijou