Skype hits back at angry wiretap reports: Rat finks? Not us

'Supernodes' are not for spooks, they're to make service better for YOU 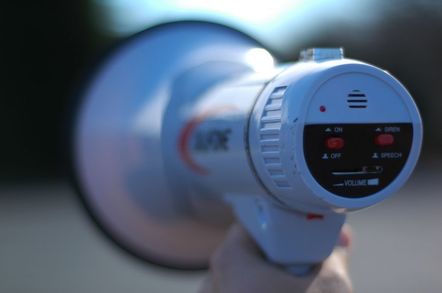 Analysis Skype has hit back against a wave of stories speculating that the internet telephony outfit has made chat recordings, call logs and other user data more available to the authorities. In truth such assistance to law enforcement has been going on for at least five years, as Skype itself acknowledges.

A series of stories in Slate, The Washington Post and elsewhere alleged that Skype changed its network's architecture since its acquisition by Microsoft last year to enable “lawful interception” of calls.

To support the theory that Microsoft is cooperating further with authorities, the articles cite a patent for “legal intercept” technology, which was granted to Microsoft in June 2011, and the fact that Skype's “supernodes" now route data through centralised servers controlled by the software giant.

These reports, in turn, provoked a hyperbolic response from some quarters, including a piece headed "It's Terrifying and Sickening that Microsoft Can Now Listen In on All My Skype Calls", by The Onion Forbes.

Skype returned fire with a blog post by Mark Gillett, the company's chief operating officer. He said said his engineers changed the VoIP service's architecture to include "mega-supernodes" in the cloud back in 2010, a move to improve reliability rather than set up a set of hubs where user data might be more easily collected and passed onto cops, spooks and g-men:

The move to supernodes was not intended to facilitate greater law enforcement access to our users' communications. Skype has had a team of Skype employees to respond to legal demands and requests from law enforcement since 2005.

While we are focused on building the best possible products and experiences for our users, we also fundamentally believe that making a great product experience also means we must act responsibly and make it safe for everyone to use.

Our position has always been that when a law enforcement entity follows the appropriate procedures, we respond where legally required and technically feasible.

Gillett denied suggestions that "Skype now monitors and records audio and video calls of our users":

Skype to Skype calls do not flow through our data centres and the "supernodes" are not involved in passing media (audio or video) between Skype clients.

These calls continue to be established directly between participating Skype nodes (clients). In some cases, Skype has added servers to assist in the establishment, management or maintenance of calls.

The cloud-based architecture means that some instant messages are "stored temporarily on our [Skype/Microsoft] servers for immediate or later delivery to a user", but again we're told this isn't to make it easier for spooks, but to improve the reliability of the network and make it easier to quickly introduce new services.

Skype acts in accordance with its privacy policy and only helps law enforcement when it is "legally required and technically feasible", Gillett reiterated.

The 1,290-word blog post is Skype's clearest position on its privacy policy and co-operation with law enforcement to date, and certainly since the time it was acquired by Microsoft last year.

Next page: Not that easy to tap – unless you're a cop with a court order
Page:
Tips and corrections
15 Comments

The best and worst of GitHub: Repos wiped without notice, quickly restored – but why?