The use of the Core i3 processor also helps to eke out pretty good battery life. The Envy 4 managed a robust 3hrs and 20mins with the PowerMark 11 benchmark software, and hit a full five hours when using Wi-Fi to stream the Beeb’s recent Shakespeare marathon on the iPlayer. You’ll probably get close to a full day’s work out of it if you’re just doing a bit of casual web browsing or running an Office suite of apps. 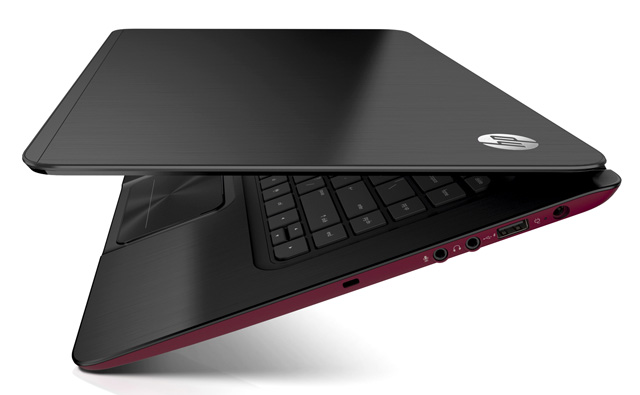 Build quality is quite good too, even if the Envy 4 lacks the Gorilla Glass armour plating of the Spectre. It’s plastic all over, but the matt black-and-red casing is solid enough, and looks quite smart and businesslike – although it does pick up finger smudges the moment you touch it.

Like all Ultrabooks, the Envy 4 lacks an optical drive, but it has a large, comfortable keyboard and mouse, and I was pleased to see that it includes Gigabit Ethernet in addition to the 802.11n Wi-Fi. There’s also a pair of USB 3 ports, one plain old USB 2, a memory card slot and ports for headphones and microphone.

So far, so shiny – but here’s the odd thing. Like the Spectre, the Envy 4 has opted for a 14in screen, rather than the 13in displays found on most Ultrabooks. Now, to be fair, it’s a very nice screen – bright and colourful, and the 1366 x 768 resolution worked perfectly well when watching the BBC iPlayer. It’s a shame, though, that HP’s much-touted Beats Audio speakers sound just as thin and tinny as any other laptop speakers.

However, the 14in screen automatically means that it’s less portable than the 13in Ultrabooks that seem to be the norm at the moment. Despite foregoing the Spectre’s chunky glass accoutrements (and its 1600 x 900 display) the Envy 4 has the same 1.8kg weight – whereas most 13in Ultrabooks come in at less than 1.5kg. It’s virtually the same thickness as the Spectre too at just under 20mm. Yet the Envy 4 is about 13mm wider and deeper than the Spectre, which means that it’s really stretching the definition of ‘ultraportable’ to its limits. 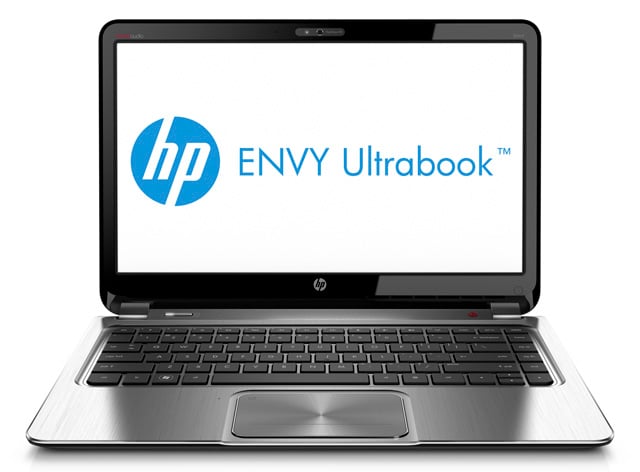 A 14in screen, but alas, not full-HD resolution

This is one of those ‘glass half full’ situations. If you consider portability to be the be-all and end-all of an Ultrabook then the Envy 4 – like the Spectre – falls short when compared to its slimmer, lighter 13in rivals. On the other hand, it’s cheaper than most Ultrabooks, whilst also being a lot lighter than most conventional 15.6in notebooks. So if you’re looking for a lightweight, affordable laptop with a decent screen and performance, and impressive battery life then the HP Envy 4 may well satisfy. ®