Oracle cans IBM attack ad after ticking off from watchdog 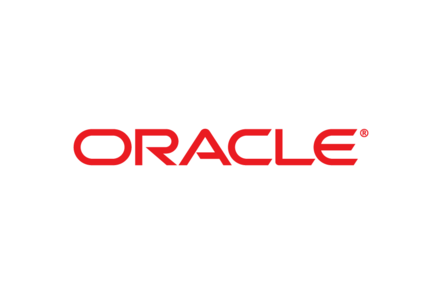 Oracle has pulled an attack advert that claimed its Exadata system is twenty times faster than IBM Power systems - because it isn't, and an advertising watchdog wasn't impressed.

The claims appeared in full-page ads run in the Wall Street Journal, and also on its web site. 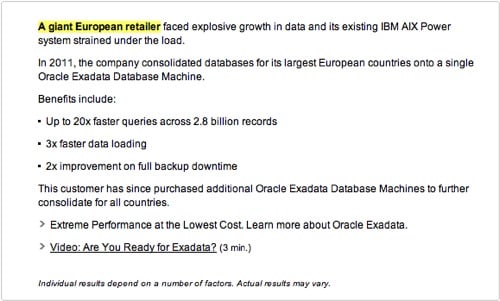 The image above shows the attack ad text from a cached copy of Oracle's website. Our search term is highlighted in yellow.

Now Oracle is red-faced because the National Advertising Division (NAD), of the US Advertising Self-Regulatory Council, has got it by the nads: the watchdog demanded "that Oracle Corporation discontinue certain comparative product-performance claims for the company’s Exadata database machines, following a challenge by International Business Machines Corporation".

Oracle stated it was "disappointed with the NAD’s decision in this matter, which it believes is unduly broad and will severely limit the ability to run truthful comparative advertising, not only for Oracle but for others in the commercial hardware and software industry”. It will appeal NAD's decision to the US National Advertising Review Board. ®