Gabe Newell: Windows 8 is a 'catastrophe' for PC biz

Why Microsoft MUST listen to the Half-Life billionaire 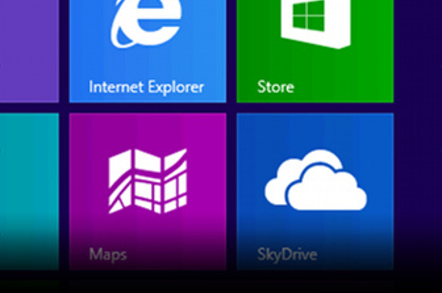 Analysis First it was Gartner, now Gabe Newell, the former Microsoft executive and billionaire computer games baron behind Half-Life, has laid into Windows 8.

Newell, who oversaw the first three versions of Windows under Bill Gates among other roles during his 13 years at the software giant, has reportedly called the touchscreen-friendly Windows 8 a “catastrophe for everyone in the PC space”.

Speaking at Casual Connect in Seattle, Washington, All Things D rather meekly reports Newell prophesied the death of some companies that today are happily churning out PCs running the Windows operating system.

He is reported to have told the audience: “I think we’ll lose some of the top-tier PC OEMs [manufacturers], who will exit the market. I think margins will be destroyed for a bunch of people. If that’s true, then it will be good to have alternatives to hedge against that eventuality.”

That alternative, apparently, is the open-source operating system Linux. Newell explained why his company – Valve Software, which he co-founded with ex-Microsoftie Mike Harrington in 1996 – is interested in putting its games on something other than Windows. He also wants to make titles in Valve’s online store Steam available for Linux users. In The Reg’s recent live chat with the boss of Linux distribution Ubuntu, Mark Shuttleworth, there were plenty of penguin-powered punters hoping for a Ubuntu-Steam tie-up.

“We want to make it as easy as possible for the 2,500 games on Steam to run on Linux as well. It’s a hedging strategy,” Newell is reported to have said.

Steam is believed to make up 70 per cent of the digital game distribution market with 40 million users on its books. Today it runs on Windows, Mac OS X, iOS and Android.

Newell’s tongue-lashing came after a Gartner analyst got everyone bent out of shape with a single word summary of Windows 8 when a touchscreen isn’t available: "Bad".

For once, it was a mercifully succinct comment from an industry analyst. However, the Gartner man has since retracted the statement, claiming he was taken out of context. But it reminded everyone that analysts' advice and views are partisan and often paid for: if their declarations are not slyly touting their services to vendors, then their words have been bought by companies to trumpet the brilliance of some new product or strategy.

This is why Microsoft pays IDC to write nice vapid things about how each new version of Windows will produce multi-million-dollar market opportunities around the world.

Question is, do the words of an ex-Microsoftie have more credibility?

A lot of top brass has left Microsoft of late: product managers, marketing and communications types, business execs and brains such as Ray Ozzie without a portfolio to speak of – all gone in the last two years or so.

The reason has been the creeping Sinofskization of Microsoft – a philosophy that strips out a management layer between engineers and those in charge of product strategy. It’s named after Windows chief Steven Sinofsky, who even has a little orange book on how to run things.

Those who left didn’t have a future in the new Microsoft, given the star of Sinofsky is in ascendant: first came Windows 7, next touch, the Metro user interface and ARM processor support in Windows 8. When I’ve chatted to these people they haven't spoken out against Microsoft or Sinofsky in public. Arguably, they couldn’t because they might be dismissed as having an axe to grind.

Newell, though, jumped ship nearly 20 years ago - and on his own terms. He has enjoyed considerable success, and done so by working with Windows: his road towards earning billions in gaming started with Half Life that hit Windows PCs first in 1998, two years after Valve was created. Ten years later, in 2008, Half-Life landed a Guinness World Record for the best selling first-person shooter on the PC with eight million units sold. Since then the franchise has sold more than 16 million units.

Valve was a poster child for the symbiotic nature of the relationship between Microsoft and Windows on one side and independent software makers on the other. Games, above anything else, have helped sell consumer PCs by the container ship-load. Games written for Windows have cemented the operating system into computers in people's homes and the offices of those actually building the game worlds.

Next page: What broke the symbiotic link?
Page:
Tips and corrections
181 Comments