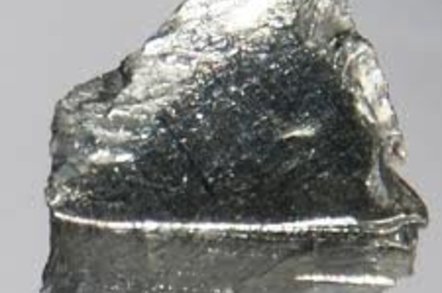 The World Trade Organisation has finally agreed to investigate claims by the US, EU and Japan that China is unfairly strangling rare earth exports in order to favour its domestic manufacturing industry.

The three complained back in March that China was pushing up prices and restricting exports of the minerals – which are essential to the production of a range of hi-tech goods – via tougher export quotas, increased duties and minimum export price systems.

The WTO said it has now decided to set up a panel on its Dispute Settlement Body (DSB) to discuss China’s export of rare earths, specifically tungsten and molybdenum.

The proceedings are likely to take several months, with several WTO members including Vietnam, Norway, Oman, Korea, Saudi Arabia, Brazil and India all announcing they wanted to exercise “third-party rights” – meaning they will be able to have a say in proceedings.

In a statement announcing its decision, the WTO explained China’s stance – repeating the explanation that its rare earth strategy is aimed at “protecting natural resources and achieving sustainable economic development”.

“China said it has no intention of protecting domestic industry through means that would distort trade,” the WTO continued.

China argues that although it produces over 90 per cent of the world’s rare earths, it has barely a third of global reserves.

The outcome of the WTO investigation may be a moot point given that prices of the not-so-rare minerals have dropped significantly over the past year.

In the meantime, other countries are stockpiling supplies and pushing ahead with their own mining programs.

Mountain Pass mine in California is gearing up for full production soon while Japan and Vietnam are set to dig for the deposits in the area of Lai Chau to the north-west of Hanoi. ®