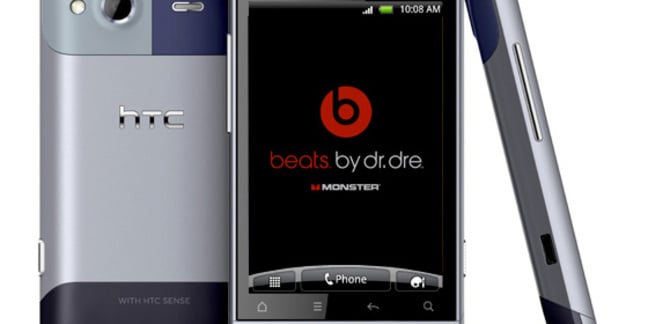 Taiwanese handset maker HTC has pulled around half of its stake in Beats Electronics, the audio kit maker co-founded by US hip hop star Dr Dre, less than a year after buying a 51 per cent majority share in the company.

HTC said in a Taiwan Stock Exchange filing that it sold 25 per cent of its stake in the company for $150m.

That leaves it as the largest shareholder with just over 25 per cent, with the remainder back in the hands of the company’s founders, Dr Dre and CEO Jimmy Iovine.

An HTC statement sent to Taipei Times had the following:

HTC and Beats today announced a realignment of their business agreement that provides Beats with more flexibility for global expansion while maintaining HTC’s major stake and commercial exclusivity in mobile.

The rather abrupt move has had many commentators scratching their heads.

The Taiwanese handset maker announced in August 2011 that it was buying into Beats for around $300m, in a deal which it hoped would give it a competitive edge by boosting the audio capabilities of its smartphones.

It didn’t hang around, incorporating Beats technology into the Sensation XE in September, the Sensation XL soon after and the One Series this year, without ever setting the industry on fire.

The firm cut the ribbon on a new Taipei HQ in June but it will need more than that if it’s to turn around its business in the face of increasing competition from Apple, Samsung and others, a slowdown in spending in Europe and continued legal troubles with Apple which delayed sales in the US earlier this year.

HTC is yet to respond to a request for further comment. ®