Intel grazes Q2 numbers, but 'growth will be slower' in Q3 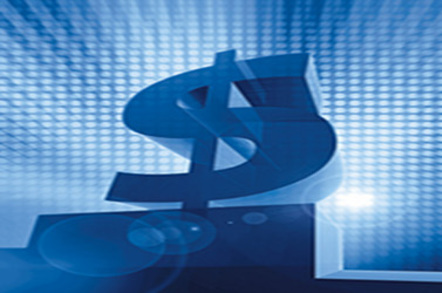 Intel has reported its second-quarter 2012 financial results, and you can almost hear the Wall Street moneymen breathe a muted sigh of relief – although the sound of popping champagne corks is not likely to be heard.

Although total Q2 earnings were just under expectations at $13.5bn, the all-important earnings-per-share (EPS) numbers came in just a hair above the moneymen's projections, at 54¢.

Wall Street Cheat Sheet had reported that the "consensus estimate" on said Street was for revenues of $13.56bn and and EPS of 52¢, citing Thompson Reuters First Call. Intel itself had forecast earnings to be in the $13.1bn to $14.1bn range.

"The second quarter was highlighted by solid execution with continued strength in the data center and multiple product introductions in Ultrabooks and smartphones," Intel president and CEO Paul Otellini said in a statement accompanying the financial report.

The Q2 revenue and EPS numbers were an improvement over the previous quarter – a 5 per cent boost in revenues from Q1's $12.9bn, and a penny pop in EPS from last quarter's 53¢. Income, however, was down on a year-to-year basis, from $2.95bn in the year-ago quarter to $2.83bn in this year's Q2.

Otellini also cautioned against irrational exuberance for next quarter's report. "As we enter the third quarter, our growth will be slower than we anticipated due to a more challenging macroeconomic environment," he said. Revenue for the full fiscal year 2012 is projected to be up between 3 per cent and 5 per cent when compared to 2011, "down from the prior expectation for high single-digit growth."

That caution is undoubtedly related to the ongoing worldwide drop in PC sales, which itself is being caused not only by the softness in the global economy, but also by prospective purchasers postponing their hardware buys until Windows 8 is released.

(Sure, let's all blame Microsoft.—Ed.)

That said, Intel's guidance for Q3 is not all that shabby, with revenues projected to be $14.3bn, plus or minus $500m. Slow growth, to be sure, but these days any growth at all is to be welcomed.

Maybe champagne may not be in order, but a pint? Why not? ®