Taking on Bromium? Beating Citrix to the punch? 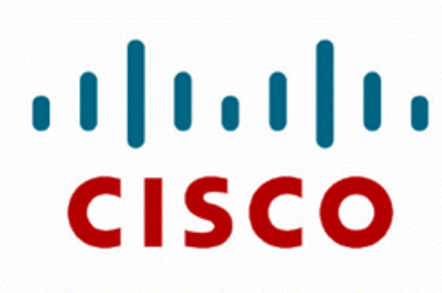 Networking juggernaut and server player Cisco Systems has snapped up Virtuata, a stealthy startup that is working on security software for virtual machines that has not really said much about itself to date – and now never will.

The acquisition was announced in a blog post by Hilton Romanski, vice president of corporate development at Cisco and formerly an investment banker at JPMorganChase.

Virtuata was founded in October 2010 by Joe Epstein, who was the company's CEO, and Peter Danzig, who was its chief strategy officer, and has been working behind the scenes on its software since then.

Epstein was an engineer at Oracle, then technologist at Bytemobile (which Citrix Systems just acquired) and a cofounder of Meru Networks, which was set up in 2012 to chase the wireless LAN market. Danzig has been an instructor at Stanford University and a professor at the University of Southern California, and was a chief architect at NetApp and VP of technology at Akamai Technologies as well, and is a hot-shot in the caching algorithms that underpin content-delivery networks.

All that Virtuata said about what it was working on was this: "We are a stealth-mode startup reinventing the way computers are trusted and secured."

That sentence – and presumably a pretty good business plan and a great team of programmers – was sufficient for Virtuata to receive $6m in Series A funding in March 2011, according to its CrunchBase profile.

Actually, it took a little more than that. Perhaps Citrix Systems, which lost some of its smartest techies (Simon Crosby and Ian Pratt of Xen hypervisor fame) when they went off and founded security company Broium last year, might have been sniffing around Virtuata.

Bromium is still in stealth mode and is taking its time getting products to market, but Crosby lifted the veil on the Bromium security model last month. For the moment, Bromium is focusing on PC security and has created a microvisor that leverages Intel's vPro security hardware and virtualization technologies to create a trust foundation with a very small "vulnerability surface" of around 10,000 lines of code. That's a lot easier to secure than the 100 million lines of code in a PC software stack when you include an operating system and applications.

At its Synergy 2012 event in San Francisco this May, Citrix showed off Virtuata's virtual machine security add-on to the XenClient hypervisor, which is a type 1 or bare metal hypervisor that is also tuned to Intel's vPro circuitry and uses Trusted Execution Technology (TXT) and VT-x virtualization features to create a trusted boot environment.

The XenClient hypervisor included the ability to run what are called Service VMs, along with a secure Citrix Receiver client, network stack, and VPN program all running inside of their own locked-down VMs. Virtuata was using this Service VM for XenClient, loading up code that was known to be good into memory, and then locking it down so it could not be changed while it was running, as well as when the code is stored in executable form on disks.

Instead of trying to find bad code and stop or remove it, you merely allow only known good code to run on a machine.

Virtuata is based in Milpitas, California, and will be folded into Cisco's Data Center and Virtualization Group, which controls its Unified Computing System blade and rack servers as well as various related switching and virtualization technologies.

David Yen, a top exec from Juniper Networks and Sun Microsystems, is the senior VP in charge of this increasingly important part of Cisco – which, incidentally, has plenty of ex-Sunners working on data center products these days.

Financial terms of the Virtuata acquisition were not disclosed.

Cisco didn't say much about its plans, but Romanski said in his post that Virtuata provided software for "securing virtual machine level information in data centers and cloud environments," which suggests that Cisco is thinking less about hardened PCs and more about making enterprises more comfortable with the security for virtual machines on UCS servers and Nexus switches.

"Together, Cisco and Virtuata will enable consistent and enhanced security for virtual machines allowing customers to accelerate the deployment of multi-tenant, multi-hypervisor cloud infrastructures," Romanski said. ®