Acer EMEA boss: PC crash hit us like a coal mine GAS BLAST

Lessons learned, hopefully in time for the Olympics 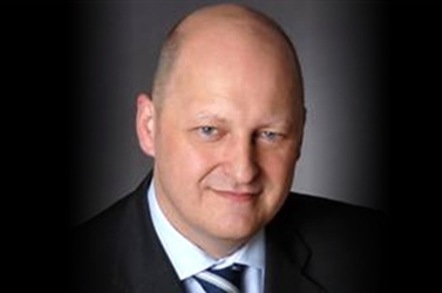 Acer's channel-cramming strategy that left it with a pile of unsold PCs almost visible from space was "terribly wrong", a top boss has admitted.

"We didn't have an early indication system - in the coal mines in the UK you had canaries [to detect noxious gases], we didn't have any canaries," he said.

Acer's stocking woes are well documented on these web pages. The hardware vendor was footloose and fancy-free during a meteoric rise to the upper echelons of the PC biz as it tapped into punters' seemingly insatiable desire for cheap notebooks. That was until Q3 2010 when European consumers, still reeling from the impact of the credit crunch, moved their gaze towards shiny tablets, specifically Apple iPads.

"Basically Acer had a great time in growing market share volumes, especially in the mobile business from 2002 to 2009," Ahrens said. "Then the user changed, the channel changed, the products changed and there was a move from offline format stores to online. Most importantly the market did not grow anymore."

The model of piling 'em high and selling 'em cheap underpinned Acer's growth - it had 4.5 per cent PC market share in 2005 and grew it to 12.2 per cent in 2009. This worked well when it shifted massive volumes but became unsustainable in the slowdown as it was left with piles of unwanted gear.

"Acer for more or less three quarters from Q3 2010 to Q1 2011 was acting against the market, shipping, shipping, shipping… at the end of the story we painfully cleared tons of inventory," revealed Ahrens, who started his latest role in October last year.

The issue indeed came to a head when former CEO Gianfranco Lanci took a corporate bullet over a disagreement in the strategy, which culminated in Acer writing down $150m of ageing stock that was discovered in a warehouse in Spain.

A legion of execs were then chopped as the company started to record quarterly and then yearly losses.

"There were periods in the past when market researchers predicted the market would fall, we ignored it and usually we were right. This time we got it terribly wrong," said Ahrens.

The high price for missing targets

Most vendors target four to six weeks of inventory but Ahrens said Acer did not have a target, it forecasted quarterly and built flexibility into its supply chain.

"In a market which is not growing and where operational margins are shrinking we need a more precise business management process," he explained. The cash Acer was forced to pay distribution partners for price protection on old stock was its biggest enemy last year, "not competitors", he added.

Ahrens said that rather than handing EMEA country heads a sales target to hit "no matter what the cost", which he reckons confined Acer to play in the bottom third of the market, the process is now more considered.

"Today we've established platforms and protocols that we talk about for individual markets on a weekly basis - projections, inventories, the revenues, the margins. Bottom-up planning," he said.

"We know more or less before month end closing what is the result, then we close the books and compare the projection versus the actual. That is good for us because we can utilise resources in a better way."

Only last week Acer downgraded its sales forecast from ten per cent growth to somewhere between zero and five per cent in a nod to the challenging PC market. That said, Acer sales were up 24.5 per cent in June to NT$39.75bn, indicating some turnaround.

Getting the kit into paying punters' hands

Ahrens said Acer spent a lot of time "optimising the supply chain" and ships roughly 60 per cent of kit by air and 40 per cent by sea. A very, very "small percentage" arrives by rail but that is still at "project status".

You'd be forgiven for thinking air is the most expensive mode of transport, but when distie price protection is factored into the equation it works out to be the most cost-effective option, Acer reckons.

So with the fundamentals addressed at least, the PC maker says it is creating more product segmentation to try to break away from its reputation as a purveyor of just low-cost boxes.

"We have to create and communicate special solutions to the end user - explain the advantages and we have to sharpen our brand positioning," claimed Ahrens.

Acer says it has a fat line-up of Windows 8 machines due out later this year across Intel's svelte Ultrabooks and traditional notebooks, tablets and desktops.

It has also hired ad agency Mother, which specialises in revitalising brands that have lost their way, to launch an advertising campaign for TV, cinema and the web during August, kicking off just after the start of the Olympics.

Acer is supplying the tech infrastructure to the 2012 Games, and sees the competition as "the largest greenfield IT site" on the planet. It expects things to run without hitch.

With an estimated 100,000 volunteers, 9 million visitors, 10,000 athletes, 30,000 hacks and 4.3 billion people watching the event live, it could turn out to be the best or indeed the worst marketing masterstroke. ®