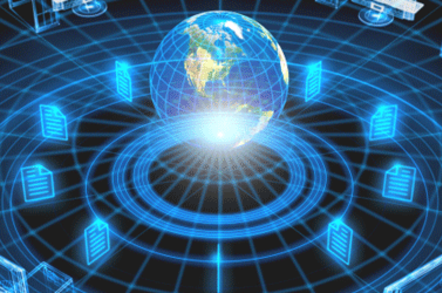 It’s a long march towards realising G-Cloud and releasing consistent data across government, says Bill McCluggage – who until recently helped lead the charge on cloud. He also spoke about how government would manage the release of Open Data from its data centres and on the public cloud.

The former deputy government CIO told The Reg that his former colleagues will need to overturn 30 years of practice and culture and break old habits if they want to be successful and accurate in their efforts to adopt cloud computing and release data to the public.

McCluggage, who recently joined EMC as an advisory technology assistant, also reckoned government types who are new to the idea of the cloud shouldn’t be deterred by the recent outages that took down services from 'Valley pin-ups Amazon and Salesforce.

“We are two years into the start of the build of a cloud environment – we are in the foothills of a mountain range, and that’s good because there’s opportunity to learn and develop,” McCluggage told The Reg.

McCluggage left the deputy government CIO’s post in January, after spending two-and-a-half years in the role, where he oversaw the start of G-Cloud.

“The current legacy environment that government is faced with has taken 20 to 30 years to build," he said.

“It’s going to take a while, but we have to work on the mechanics to accelerate uptake of cloud where uptake is going to deliver benefit, accelerated by rapidly deployable business models – and not having a bespoking of the infrastructure layer.”

McCluggage spoke after Francis Maude, the Tory Cabinet Office minister whose department is leading G-Cloud and open data, said public servants wouldn’t be allowed to hide behind misguided notions of privacy in an attempt to hold back the release of public data under the government’s Open Data plan. McCluggage has previously said that organising the computation of public datasets for the Open Data plan is not a trivial matter.

Maude said the government would "strengthen privacy" but added that there was also a need to overhaul what he called an "outdated approach" to using data in the public sector. “Too many” cultural and legal barriers exist that make data sharing too difficult when it’s in the public interest, he said.

Maude reckoned £37bn is lost a year in debt, fraud and error “in large part because of a failure to share data effectively".

“One set of anonymous data that lets personal data be revealed can set the whole process back – we need to be really careful,” Maude told the event. “But at the same times we are not allowing concerns about privacy to be a pretext, alibi and an excuse to not releas[e] data.”

Maude said the government wants to focus on providing data that people find useful, rather than unleashing everything. For example, stats will be released next month on GP patients who survive cancer. One of the most popular releases to date has been crime stats, mapped into a crime map.

“We will look to put more and more data in the public domain, not randomly but in response to public demand,” Maude said.

'Don't have the kit tailor-made to every department's specifications'

McCluggage, in government IT since 2005, reckoned the biggest hurdle to realising the benefits of using cloud computing under Maude’s G-Cloud drive will come as IT departments begin insisting on generic cloud products or services being tailored to their own perceived set of unique requirements. To avoid this requires a cultural change among technologists, business leaders, financial directors and those in procurement, he said.

The government has conceived of its G-Cloud as infrastructure, platform and software as a service, said McCluggage. The idea is that government avoids having to buy and maintain systems, and instead uses systems owned and operated by vendors with services shared across hundreds, thousands or even millions of users.

The idea is this will also provide greater choice of IT suppliers, allowing the government to break out of the stranglehold that a mere handful of major tech companies have on the running of the majority of British government information systems.

McCluggage said: “One of the big risks is you get IaaS on pay as you go and then you let traditional thinking interfere. People come in and say: ‘I need to bespoke this'. But by bespoking it you take away the opportunity to do quick cheap transitions from one service supplier to another.”

The former G-man is undeterred by the problems of Amazon and Salesforce, taken down respectively by power outages thanks to bad weather and unspecified server problems. Both have left customers naked, without the compute power, data or apps companies needed to run their business.

“Those are things the enterprise leaders and architects need to start thinking about,” McCluggage said.

“But saying an Amazon outage has a damning impact on cloud ignores the fact the legacy stuff we work on goes out as well – we shouldn’t think we are still on legacy and that’s nirvana. This is built to be robust and there will be some issues from time to time, and we have to work on these.” ®

Which is just what you’d do if you planned to compete with Microsoft, perhaps?